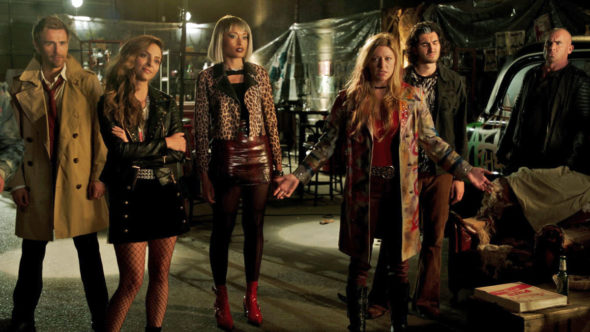 A CW superhero comedy-drama series, DC’s Legends of Tomorrow stars Caity Lotz, Dominic Purcell, Nick Zano, Tala Ashe, Jes Macallan, Matt Ryan, Adam Tsekhman, Olivia Swann, Shayan Sobhian, and Lisseth Chavez. The series follows a motley group of heroes and villains as they have misadventures across time and space in their stolen Waverider time-ship. The crew has dealt with monsters, time anomalies, and villains from Hell, but, in season six, they’ll face something even more challenging and bizarre in the timeline. After one of their own is abducted by a ruthless alien, this new mission becomes personal.

Season 6 of Legends is turning out to be my favorite. They have managed to hit the right blend of mayhem, chaos and lunacy with both great drama and humor. Throw in the romantic storylines and this has been a most entertaining and enjoyable season. I look forward to the last two episodes.

Love Legends of tomorow miss some of the actors from before