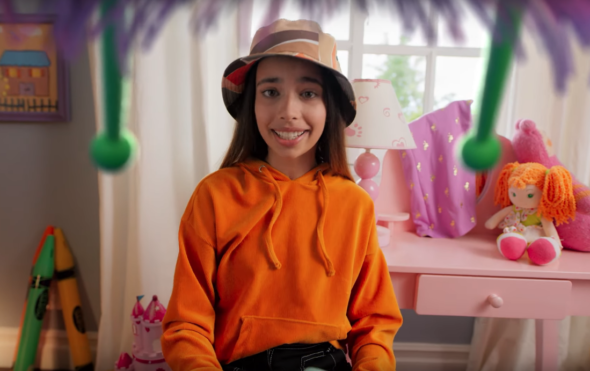 Disney Channel is out of this world. The network just announced the premiere date for their new TV show, Gabby Duran & The Unsittables.

Disney Channel’s unique new family comedy series “Gabby Duran & the Unsittables” will premiere on FRIDAY, OCT. 11 (9:00-9:30 p.m. EDT/PDT), on Disney Channel and DisneyNOW. The new series introduces 13-year-old Gabby Duran, played by multitalented actress and musician Kylie Cantrall, who inadvertently lands a job babysitting an unruly group of VIP extraterrestrial children disguised as everyday kids. Resourceful and courageous, Gabby steps up to the challenge to protect these youngsters and their secret identities, and prove she’s the best babysitter in the galaxy.

Cantrall became a YouTube sensation as host of the series “Hello Kylie,” where she interviewed musicians such as Pentatonix, Matty B. and Jordyn Jones. She also released music videos including “Snake,” “Feature from Quavo,” “Abraca DAH Brah” and “Sleep is for Suckas.” Her most recent video, “That’s What I’m Talkin’ Bout,” was released through Disney Channel Voices, an initiative to showcase new music. Cantrall has also made guest appearances on the Disney Channel series “Bizaardvark” and “Raven’s Home.”

What do you think? Does your family watch Disney Channel? Will you check out Gabby Duran & The Unsittables?

I am looking forward to this show.