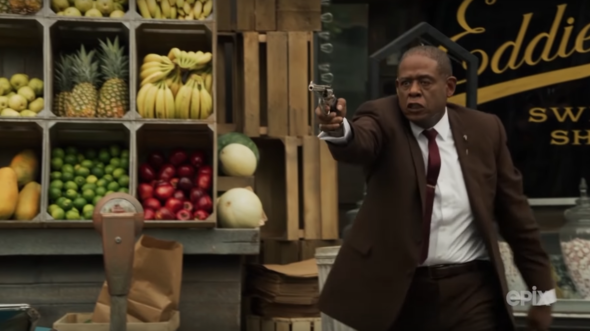 EPIX is heading to the mean streets of New York City. The network just released a new teaser and the premiere date for their upcoming TV show, Godfather of Harlem.

The crime drama stars Forest Whitaker as Bumpy Johnson, an infamous Harlem mob boss who “in the early 1960s returned from ten years in prison to find the neighborhood he once ruled in shambles.” The cast also includes Vincent D’Onofrio, Giancarlo Esposito, Paul Sorvino, Nigel Thatch, and Ilfenesh Hadera.

Godfather of Harlem premiers on EPIX on September 29th.

Premiering on EPIX on September 29, Godfather of Harlem is inspired by the story of infamous crime boss Bumpy Johnson (Whitaker), who in the early 1960s returned from ten years in prison to find the neighborhood he once ruled in shambles. With the streets controlled by the Italian mob, Bumpy must take on the Genovese crime family to regain control. During the brutal battle, he forms an alliance with radical preacher Malcolm X (Thatch) – catching Malcolm’s political rise in the crosshairs of social upheaval and a mob war that threatens to tear the city apart. Godfather of Harlem is a collision of the criminal underworld and the civil rights movement during one of the most tumultuous times in American history.

Produced by ABC Signature Studios, the 10-episode series is written by Narcos co-creator Chris Brancato and Paul Eckstein. The series will launch on EPIX and EPIX NOW, the network’s new streaming service available for download in the App store for iPhone, iPad and Apple TV and in Google Play for Android phones and tablets.”

What do you think? Are you familiar with the story of Bumpy Johnson? Will you watch Godfather of Harlem?