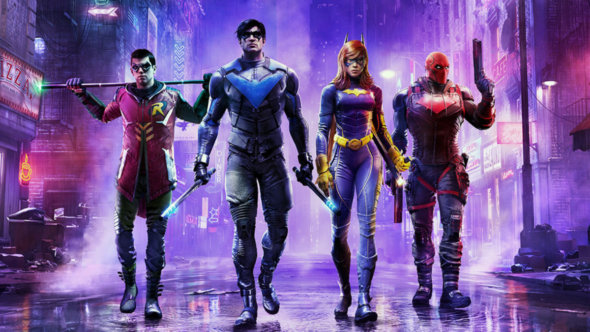 A new Batman-related series, Gotham Knights, is being developed at The CW. The project comes from Batwoman executive producers Chad Fiveash and James Stoteraux, as well as executive story editor Natalie Abrams. Fiveash and Stoteraux previously worked on FOX’s Gotham.

Per Deadline, The CW revealed the following about the possible series’ plot:

“Gotham Knights is based on Gotham Knights characters from the DC comics. In the wake of Bruce Wayne’s murder, his rebellious adopted son forges an unlikely alliance with the children of Batman’s enemies when they are all framed for killing the Caped Crusader. And as the city’s most wanted criminals, this renegade band of misfits must fight to clear their names. But in a Gotham with no Dark Knight to protect it, the city descends into the most dangerous it’s ever been. However, hope comes from the most unexpected of places as this team of mismatched fugitives will become its next generation of saviors known as the Gotham Knights.”

No additional details were released as the project is still in its early stages. It’s unclear if any of the Batwoman characters would be involved but it’s not a spin-off. It’s also not reportedly tied to the upcoming Gotham Knights video game.

What do you think? Do you plan to check out Gotham Knights if it lands on The CW?

Cancelled it Look awful like Gotham was on tv few years ago.