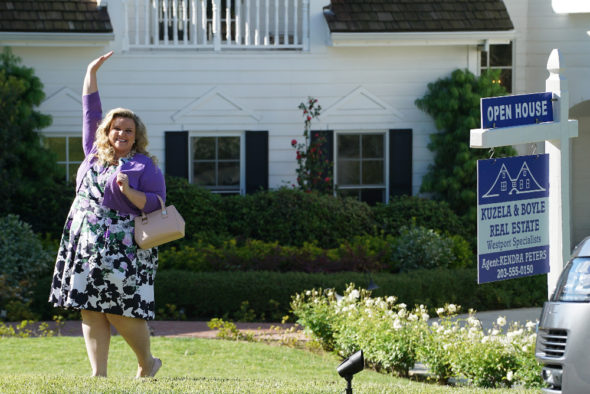 Grey’s Anatomy returns to ABC next week, and the series will have a new recurring member cast addition. Mackenzie Marsh is joining the series. Viewers will recognize her from her roles on Charmed, Will & Grace, and American Housewife (above).

Deadline revealed a little about Marsh’s upcoming role on the ABC drama:

“Marsh will play Val Ashton. She’s intelligent, has a fun-loving sense of humor and works in publishing but is extremely lonely.”

Grey’s Anatomy will return to ABC on November 12th.

What do you think? Are you excited for the return of Grey’s Anatomy on ABC?

I have been watching Grays for EVER , but we will see how the season goes. The material may get old, depends on the writers . Station 19 is the best , the crossover is cool, so far .

Can’t wait for Greys to return

I am glad that Greys Anatomy will come back for the new season.