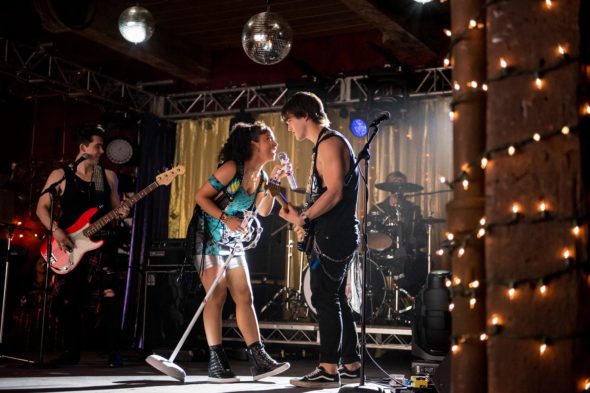 Julie and the Phantoms is not coming back to Netflix, at least for now. The series is staying cancelled, but executive producer Kenny Ortega says it is possible the series could return for a second season at some point. Following the series’ cancellation, fans started a marquee campaign to bring the series back.

Per Deadline, Ortega said the following about the cancellation and potential return of Julie and the Phantoms:

“At this particular time, no. I’m grateful to Netflix for greenlighting the project and for letting Dan, Dave, and I have this time. I feel it’s some of the best work I’ve done for kids and family, and young adult entertainment. I’m proud of it. And if it never happens again and it doesn’t have an afterlife, I’m grateful that it exists. I hope it exists forever so others can find it and watch it over the years.

But you know, anything is possible. I don’t want to jinx it. If Netflix wants to carry on with it anytime in the future, perhaps someone else will be interested in it. Perhaps we could tour the kids as a music group or maybe a film. But for now, there are no plans.

I wish that I could tell the fans that all of [their efforts] will get them Julie back. All I can really say is how much all of this has mattered to all of us who made the show and that we love them and are so grateful for the passion they’ve shown to the project.

It’s just wonderful to have been given the opportunity to, not only do a musical drive story about a Latino family, but I was able to select a young girl out of a high school in Allentown, Pennsylvania who had never been in front of a professional camera or a recording studio before,” Ortega said. “And boy, did she bring this show to life.”

What do you think? Did you want to see a second season of Julie and the Phantoms on Netflix?

My daughter and I love this show!!! Please do more seasons!!!! Kinda left alot of things left unfinished in the last episode.

Our whole family loves this series. The songs are wonderful we find ourselves humming & singing them throughout the day!! Please give us a season 2. Awesome cast!!!

my whole family loves this show…. I dont understand why it would be canceled!

I want a movie

Great show it needs to come back

Why start a season you don’t plan to finish off properly? At least finish it with a proper ending on season 2.

I totally agree!! It was starting to get really good and the guy could finally feel the girl he wants to be with