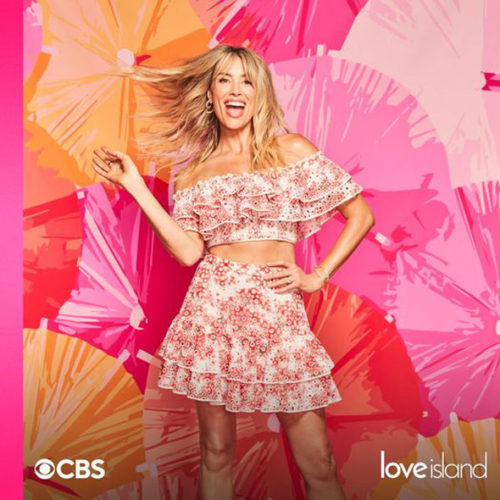 Which couples will stay together?  Has the Love Island TV show been cancelled or renewed for a fourth season on CBS? The television vulture is watching all the latest cancellation and renewal news, so this page is the place to track the status of Love Island, season four. Bookmark it, or subscribe for the latest updates. Remember, the television vulture is watching your shows. Are you?

Airing on the CBS television network, Love Island is based on the British show of the same name. The matchmaking begins as a group of single “Islanders” come together in a stunning Hawaiian Island villa, ready to embark on a summer of dating, romance, and ultimately, relationships. The ultimate temptation, Casa Amor, returns as well as new games and challenges that test and strengthen the couples’ relationships. Every few days the Islanders pair up and those who are not coupled are at risk of being dumped from the island. Islanders are on the lookout for romance, but the road to love doesn’t always run smoothly. Challenges abound with intriguing new Islander arrivals and dramatic twists as friendships and relationships form. In addition to choosing their partners wisely, Islanders must also win the hearts of viewers who have the opportunity to shape events on screen and ultimately crown one lucky couple the winner who will then have the chance to walk away with both love and the cash prize. Host Arielle Vandenberg and narrator Matthew Hoffman return. Contestants include Olivia Kaiser (28), Kyra Lizama (23), Trina Njoroge (24), Cashay Proudfoot (25), Shannon St. Claire (24), Korey Gandy (28), Josh Goldstein (24), Jeremy Hershberg (27), Melvin “Cinco” Holland, Jr. (25), Christian Longnecker (24), Will Moncada (26), and Javonny Vega (26).

The third season of Love Island averaged a 0.37 rating in the 18-49 demographic and 1.65 million viewers in the live+same day ratings (includes all DVR playback through 3:00 AM). Compared to season two, that’s down by 10% in the demo and down by 9% in viewership. While these numbers don’t include further delayed or streaming viewing, they are a very good indicator of how a show is performing, especially when compared to others on the same channel. There can be other economic factors involved in a show’s fate, but the higher-rated series are usually renewed and the lower-rated ones are cancelled. Find out how Love Island stacks up against other CBS TV shows.

Will CBS cancel or renew Love Island for season four? This show has never been a great performer in the traditional ratings and, last season drew half as many viewers as Big Brother. Still, it likely doesn’t cost much to produce and it fills multiple timeslots each week. Love Island reportedly does well in streaming — which could help build the subscriber base for Paramount+, ViacomCBS’ recently-rebranded streaming service. This summer, Paramount+ will be releasing 15 hours of “too hot for broadcast” footage from the show. With all of that in mind, I think Love Island will be renewed. I’ll update this page with breaking developments. Subscribe for free alerts on Love Island cancellation or renewal news.

*2/25/2022 update: Love Island has been renewed for seasons four and five but is moving to Peacock.

What do you think? Are you glad that the Love Island TV show has been renewed for a fourth season on Peacock?