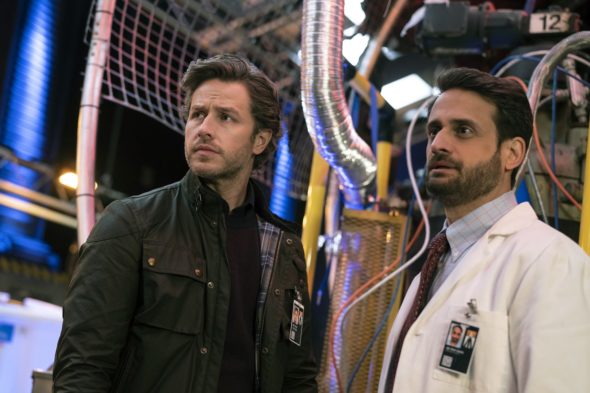 The cast of Manifest is back at work! Production has begun on the fourth and final season of the sci-fi drama which was revived by Netflix in August. NBC cancelled the series just ahead of the end of its third season. Viewers will see Parveen Kaur, Luna Blaise, Holly Taylor, Josh Dallas (above, left), Melissa Roxburgh, Matt Long, and J.R. Ramirez together again on the small screen.

Creator Jeff Rake, Ramirez, and Dallas revealed that the cast was back on set filming season four of Manifest via social media.

Netflix will announce a premiere date for the fourth season at a later date. The streaming service ordered 20 episodes — the show’s biggest season order to date.

What do you think? Are you excited about the return of Manifest on Netflix?

Thank you for keeping Manifest I’m pleased to see it will return.

Forget the negative-Nancys, this show is great! It’s not “Lost,” but it’s in the same vein, and I appreciate that!

Not quite as bad in terms of trash rubbish tv as the kardashians, but this wasn’t trailing far behind. Terrible story, terrible writing, bad acting, just a sea of bad. It would appear Hollywood or whoever these days is writing is merely focussed on reality *scripted shows, game shows, or millennial focussed gender nonconforming who am I and why am I here rubbish.

this show is in the top5 shows that I hated the most in the past 10 years.
nothing on it was ever making sense, writing is rubbish, cast is mediocre and characters are awful

Looking forward to seeing the show again
I met the cast on the set and they are great.

Fantastic news!!! So pleased it’s coming back! Can’t wait for it to start!