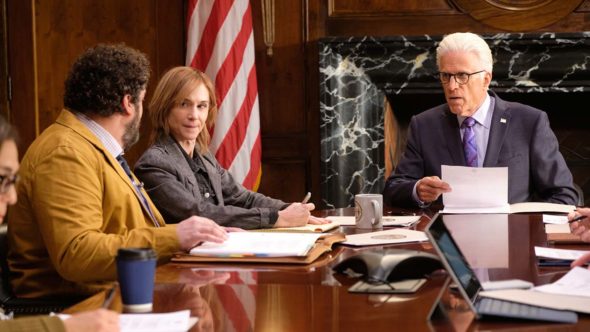 A veteran of two successful NBC comedy series (Cheers and The Good Place), Ted Danson’s latest effort landed a renewal last season with middle-of-the-road ratings. How will it perform this time around? Will Mr. Mayor be cancelled or renewed for season three? Stay tuned. *Status Update Below.

For comparisons: Season one of Mr. Mayor on NBC averaged a 0.52 rating in the 18-49 demographic and 3.42 million viewers in the live+same day ratings.

What do you think? Do you like the Mr. Mayor TV series on NBC? Should it be cancelled or renewed for a third season?

I LOVE this show and I am so so sad it is cancelled . Please bring it back

Still going strong, thanks to hilarious writing by Amy P.
Bobby Moynihan is a standout. If this show gets the axe, I hope he gets a spin-off.

This show is a rarity. It’s an actually funny sitcom! I’m so disappointed at the dismal ratings.

yes.absolutely it should be renewed