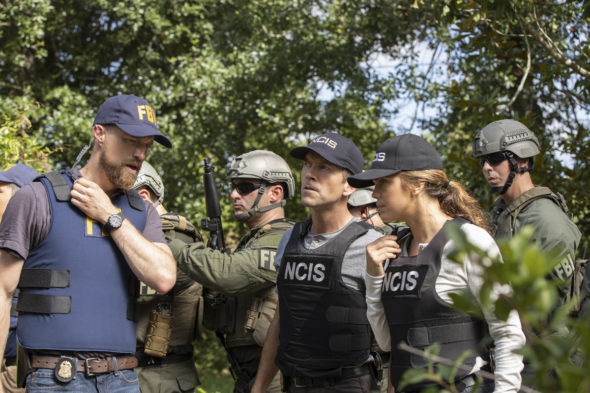 Is Pride’s team still at the top of their game? Is the NCIS: New Orleans TV show cancelled or renewed for a seventh season on CBS? The television vulture is watching all the latest TV cancellation and renewal news, so this page is the place to track the status of NCIS: New Orleans, season seven. Bookmark it, or subscribe for the latest updates. Remember, the television vulture is watching your shows. Are you?

The sixth season of NCIS: New Orleans averaged a 0.65 rating in the 18-49 demographic and 6.33 million viewers. Compared to season five, that’s down by 16% and 13%, respectively. Find out how NCIS: New Orleans stacks up against the other CBS TV shows.

Will CBS cancel or renew NCIS: New Orleans for season seven? Though the numbers took a hit with the move to Sunday nights, I’m sure the series will still be renewed. I’ll update this page with breaking developments. Subscribe for free NCIS: New Orleans cancellation or renewal alerts.

What do you think? Are you glad that the NCIS: New Orleans has been renewed for a seventh season?