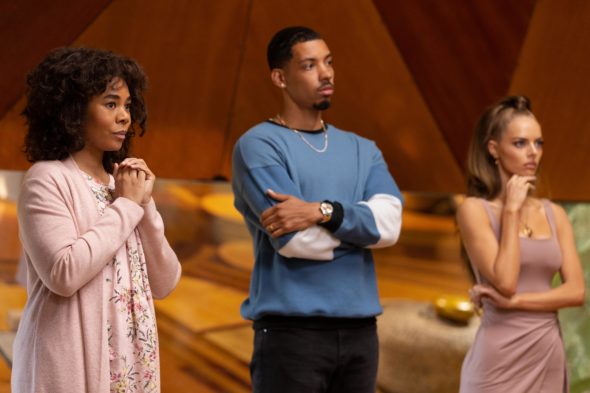 What will these visitors experience in the Nine Perfect Strangers TV show on Hulu? As we all know, the Nielsen ratings typically play a big role in determining whether a TV show like Nine Perfect Strangers is cancelled or renewed for season two (in this case, it appears to be a one-season mini-series). Hulu and other streaming platforms, however, collect their own data. If you’ve been watching this TV series, we’d love to know how you feel about the first season episodes of Nine Perfect Strangers here.

A Hulu drama series, the Nine Perfect Strangers TV show was created by David E. Kelley and John Henry Butterworth and is based on the novel by Liane Moriarty. It stars Nicole Kidman, Melissa McCarthy, Michael Shannon, Luke Evans, Bobby Cannavale, Regina Hall, Samara Weaving, Melvin Gregg, Asher Keddie, Grace Van Patten, Tiffany Boone, and Manny Jacinto. The story takes place at a boutique health-and-wellness resort that promises healing and transformation. Nine stressed city dwellers try to get on a path to a better way of living. Watching over them during this 10-day retreat is the resort’s director Masha Dmitrichenko (Kidman), a woman on a mission to reinvigorate their tired minds and bodies. However, these nine “perfect” strangers have no idea what is about to hit them.