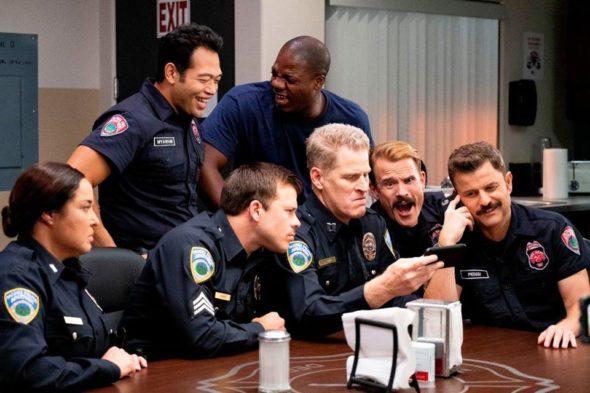 Tacoma FD is returning to truTV next month with brand new episodes, and the network has now released a new trailer and poster teasing the comedy’s third season launch.

truTV revealed more about the return of the series in a press release.

“truTV released the official trailer and key art for season 3 of Tacoma FD premiering Thursday, September 16, at 10:00PM ET/PT. Station 24 is kicking ash and taking flames in the blazing hot new season, where Tacoma’s favorite firefighters up the station antics, take on quarantining, and one of the biggest pranks of all gets revealed in an ultimate flashback.

Tacoma FD, a Top 10 Comedy on ad-supported cable in 2020, is set in a firehouse in one of America’s rainiest cities. These firefighters keep themselves entertained with creative competitions, friendly first responder rivalries and no shortage of bizarre emergency calls. Chief Terry McConky and Captain Eddie Penisi (Writers and stars of Super Troopers Kevin Heffernan and Steve Lemme, respectively) lead the firehouse antics and are joined by an eclectic crew played by Eugene Cordero (Andy), Marcus Henderson (Granny), Gabriel Hogan (Ike), and Hassie Harrison (Lucy).

Tacoma FD is executive produced by Heffernan and Lemme alongside David Miner and Greg Walter from 3 Arts Entertainment as well as Inman Young and Savey Cathey from A24 Studios.”

Check out the poster and trailer for Tacoma FD season three below. 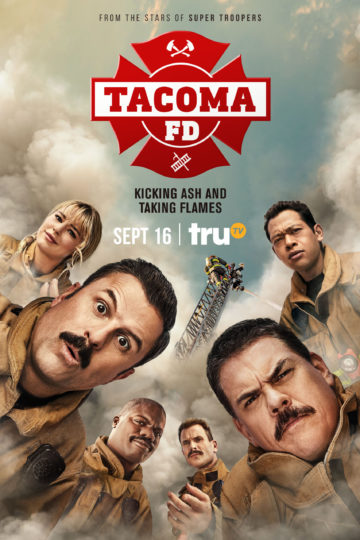 What do you think? Do you plan to watch the third season of Tacoma FD on truTV next month?

By FAR, my favorite show. These guys are hilarious. The wait has been excruciating. Welcome back gang !!!! Hope they are going to continue with the follow up show too.

One of the funniest of all current shows. These guys are crazy and Hassie is hilarious and sexy.