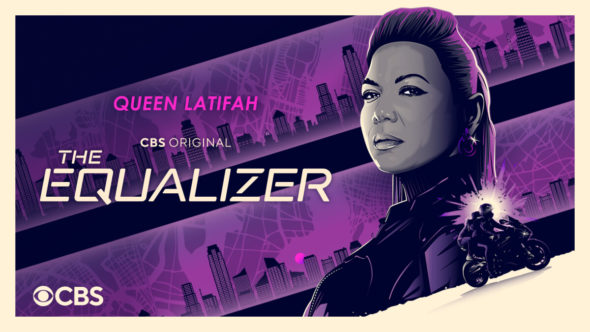 We don’t have to wonder if The Equalizer will be cancelled this time around since CBS has already renewed the show for a fourth season. How long will The Equalizer continue beyond that? Stay tuned.

An action crime series, The Equalizer TV show stars Queen Latifah, Tory Kittles, Adam Goldberg, Liza Lapira, Laya DeLeon Hayes, and Lorraine Toussaint. Recurring cast members include Brett Dalton, Gabriel Sloyer, Chris Vance, and Stephen Bishop. The story follows Robyn McCall (Latifa), an enigmatic woman with a mysterious background. She uses her extensive skills as a former CIA operative to help those with nowhere else to turn. To most, Robyn appears to be just an average single mom who is quietly raising her daughter (Hayes) and living with her aunt (Toussaint). However, to a trusted few, Robyn is The Equalizer, an anonymous guardian angel and defender of the downtrodden, who’s also dogged in her pursuit of personal redemption. Joining Robyn as champions of justice are her longtime friend and former CIA handler (Noth), an edgy bar owner and past colleague (Lapira), and a paranoid and brilliant white-hat hacker (Goldberg). As Robyn aids the oppressed and exploited, her vigilante work garners the attention of a shrewd NYPD Detective (Kittles). He once sought to uncover her identity, but now respects the need for Robyn’s type of justice, even as he often questions her methods.

For comparisons: Season two of The Equalizer on CBS averaged a 0.61 rating in the 18-49 demographic and 6.89 million viewers.

What do you think? Do you like The Equalizer TV series on CBS? Should it be cancelled or renewed for a fourth season?

Keep my show on. Queen Latifah is a treasure and I love her and the entire cast. Aunt Vi gives me real life aunt vibes and I can’t get enough

We love this show!!! So exciting! Me and my son are addicted to it plus we loved the Original. Big shoes to fill and she did it!

Love the show..watched it from the beginning..writers and actors click perfectly