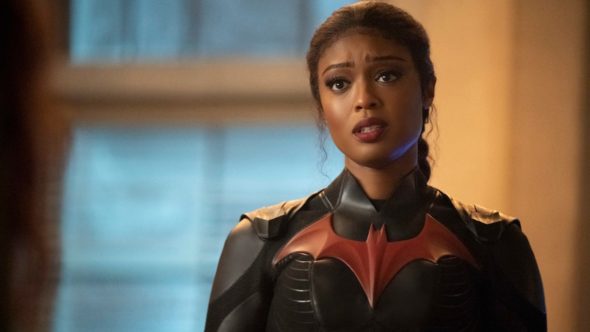 Javicia Leslie is not leaving the Arrowverse just yet. The Batwoman star is joining the final season of The Flash on The CW, per EW. No details about her role or how many episodes of the season she will appear in were released. Batwoman was cancelled after three seasons earlier this year.

It’s also reported by Deadline that Jon Cor will be sticking around for season nine. After two seasons of recurring as Mark Blaine, aka Chillblaine, the actor has been promoted to a series regular on The CW series. The character is a former cryogenicist and criminal who becomes a love interest of Frost (Panabaker). Season nine will follow his journey to becoming a hero.

A premiere date for the final season of The Flash has not yet been announced. Only 13 episodes are planned for the upcoming final season.

What do you think? Are you excited to see Leslie on The Flash? Are you hoping that her Batwoman character will get some closure?

If she does play Batwoman in the final season again, let’s hope she and the Flash team up together and take down that mangled skeletal figure. The one that ended on a cliffhanger.

I am thrilled that Batwoman will have a role in the final season of The Flash. Batwoman’s season 3 was terrific and I was disappointed that this female superhero’s adventures were cut short. I agree with the previous comment. “OK, now bring on the Legends.” That wonderful band of misfits were absolutely robbed of a proper send off. Of course, one can dream that James Gunn, in his new role, will pick up some of the Arrowverse story lines and make a couple of kick-a-s movies.

OK… now bring on the Legends. They deserve to wrap up their story as much as Batwoman does. Might as well use this year to wrap up the entire DC/CW franchise, since there obviously won’t be any more of it.

A statement as erroneous as this article since it will in fact continue in Diggles Justice U spinoff show. Direct arrowverse show lol.

Let’s hope the Legends get rescued by the Flash in the final season.

Very happy to see her on The Flash, I really enjoyed watching Batwoman!!

She’s likely only playing her new villainous red death role and not batwoman.