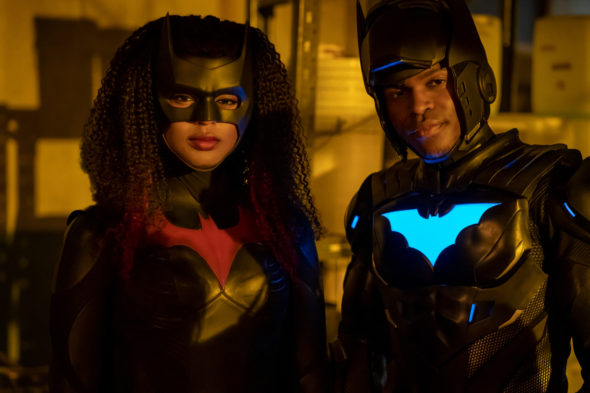 Ryan’s time in Gotham won’t continue into the 2022-23 television season. The CW has cancelled the Batwoman TV show so viewers won’t be getting a fourth year. Season three finished airing in March.

A superhero drama series, Batwoman TV show Javicia Leslie, Rachel Skarsten, Meagan Tandy, Nicole Kang, Camrus Johnson, Victoria Cartagena, Robin Givens, and Nick Creegan. The show is based on the DC Comics character and initially revolved around Kate Kane (Ruby Rose), a strong woman who never planned to be Gotham City’s new vigilante — Batwoman. Kate disappeared and Ryan Wilder (Leslie) discovered her Batsuit and picked up the mantle. In season three, Ryan works to protect Gotham’s underserved communities and she and the Bat Team focus on finding Batman’s scattered trophies — a collection of objects seized from Gotham’s most infamous villains — before they land in pernicious hands. Ryan also struggles with the bombshell dropped by Alice (Skarsten), that her birth mother is still alive.

Airing on Wednesday nights, the third season of Batwoman averages a 0.09 rating in the 18-49 demographic and 458,000 viewers in the live+same day ratings (includes all DVR playback through 3:00 AM). Compared to season two, that’s down by 28% in the demo and down by 8% in viewership. The series ranked eighth of the network’s current crop of 16 scripted shows.  In the live+7 day ratings, Batwoman drew a 0.16 demo and 755,000 viewers, picking up 84% and 65% in the categories, respectively.

Series showrunner Caroline Dries broke the news of the CW’s cancellation via Twitter.

Just got the sad news that #Batwoman will not be seeing an S4. I am bummed, but full of gratitude. What an honor to make 51 episodes. So many inspiring, brilliant people contributed to this series. Thank you producers, cast and crew. Thank you, fans! We love you. ❤️

Thank you fans, friends, crew, cast. We will always love you, we will always root for you, and we will never forget you. #Batwoman fans, we are eternally grateful. It was a fun ride and you made it so much better by our side.

The cancellation news comes as Warner Bros. Discovery and Paramount Global are looking to sell the network.  There’s been speculation that CW would not be renewing as many shows as it has in the past few years. Additional cancellations are likely on the way.

What do you think? Have you been watching the Batwoman TV show on The CW? Are you sorry to hear that the series has been cancelled and won’t have a fourth season?

Everyboday sign up on this petition and let’s get all our friends and all our families to sign up, as well.
https://www.change.org/p/savebatwoman-hbomaxsavebatwoman

It’s hard for a show to make it after losing the main character. But I loved Alice’s character and I was rooting for her redemption. I also liked Mary and the sisterly bond that was beginning to form with Alice.

This should have been cancelled half through season one. It’s about time!