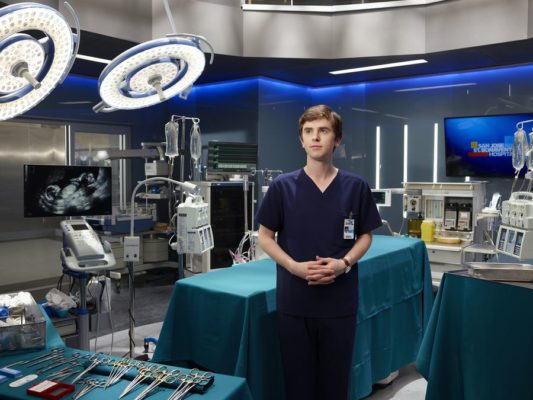 Is this young doctor still “in” with viewers? Has the The Good Doctor TV show been cancelled or renewed for a fourth season on ABC? The television vulture is watching all the latest cancellation and renewal news, so this page is the place to track the status of The Good Doctor, season four. Bookmark it, or subscribe for the latest updates. Remember, the television vulture is watching your shows. Are you?

The third season of The Good Doctor averaged a 0.86 rating in the 18-49 demographic and 5.81 million viewers. Compared to season two, that’s down by 24% and 14%, respectively. Find out how The Good Doctor stacks up against other ABC TV shows.

Will ABC cancel or renew The Good Doctor for season four? My hungry gut tells me that it’s a safe bet for renewal. I’ll still keep an eye on the ratings and update this page with breaking developments. Subscribe for free alerts on The Good Doctor cancellation or renewal news.

Update: ABC has renewed The Good Doctor TV show for a fourth season.

What do you think? Are you glad that The Good Doctor TV show has been renewed for a fourth season? How would you feel if ABC had cancelled this TV series, instead?

Please do not cancel The Good Doctor!!

I would be very upset if The Good Doctor had been cancelled. I LOVE the series. I stop what I’m doing to make sure I get to watch it.

Didn’t read any of this. I like the sho. I seen all but the last episode since the last episode hasn’t been put onDaman yet. Since it only been two day since it aired anyone know when they will put it on.

Do love this show , the best!! Happy ir returning . Sad Dr M is not coming back

Absolutely love this show! It’s so refreshing and Freddie Highmore is excellent in the lead role. If there is one thing the producers can do to improve it is to remember its called The Good Doctor and not The Good Doctors. The show has to revolve primarily around Shaun with everyone else in supporting roles. They can’t serve as equal fodder in these weekly episodes.

I love this show! Won’t miss it for any reason. Record it faithfully as I am a teacher. Must get my rest. But it’s there for me to watch later. LOVE IT! Please do not consider cancellation. Will sorely miss Dr. Melendez. Is there anyway the last scene can be a dream? I love his role.

LOVE IT!!! The show shows so much compassion and the world Definitely needs that right now!

Dont cancel Thr Good Dr. Love the show. Hated that someone had to die.

I love this series. Killed off (?) the best one on the show. Too bad.

Well, I’m pretty sure who WON’T get killed.
But seriously, hope no one does. Good show.

SO GLAD IT WILL HOPEFULLY BE RENEWED!!
REAL LIFE STORIES ON HERE.
NOT A REALITY SHOW.
GREAT PERFORMANCES!!

I do hope the Good Doctor TV show gets rewned. It is one of my wife and I favorite show with surreal life experiences that tech and thoroughly engage the significantly large audience. Please keep this show on!
Thank you

I love The Good Doctor! It is a great show with a lot heart. It is well written & performed, timely & pertinent and just plain fun. We all know that girl or guy, who is socially out of step or seemingly delayed for whatever reason, that is difficult to watch in action but you just can’t help cheering him,/her on because they’ve got the makings for all the real stuff in life. We want to see MORE of that guy in 2020!