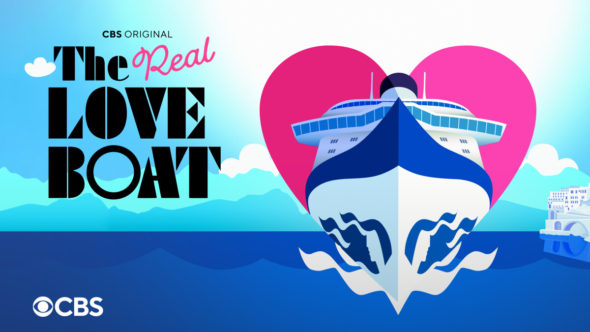 The Real Love Boat is based on a beloved brand and is sandwiched between two popular reality series on Wednesday nights, Survivor and The Amazing Race. Will The Real Love Boat be a hit in the ratings for CBS? Will this romance reality show be cancelled or renewed for season two? Stay tuned. *Status Update Below.

The Real Love Boat TV show is inspired by the 1977-86 scripted comedy-drama series The Love Boat. It’s hosted by spouses Rebecca Romijn and Jerry O’Connell. This new series brings singles together as they look for love on a real ship, the Regal Princess, and cruise through the Mediterranean. Couples’ compatibility and chemistry are tested by destination dates, challenges, and the addition of new singles. As in the scripted series, members of the crew play pivotal roles in the matchmaking and navigation of the romantic (and sometimes turbulent) waters ahead. They include the captain (Captain Paolo Arrigo), cruise director (Matt Mitcham), and bartender (Ezra Freeman). After nearly a month at sea, only one winning couple will dock in the final port and take home a cash prize as well as a once-in-a-lifetime trip courtesy of Princess Cruises.

10/27 update: You can see the latest night’s ratings in context.

What do you think? Do you like the The Real Love Boat TV series on CBS? Should it be cancelled or renewed for a second season?

The show is seeking abandon ship

I like this show. For a dating show, it is refreshing not to see all the tears and over the top drama. It has a more mature feel to it. I’m getting tired of the Bachelor franchise. I also like that it’s an hour rather than dragging it on for 2 hours. I hope it catches on and gets renewed

We tried to watch and lasted about five minutes. Just another boring dating show. It shouldn’t last very long.

I thought it was so good. Jerry is so likeable. It’s a Keeper.

I thought the show was OK & always love Rebecca & Jerry but it was kind of a copycat copying other dating shows & that twitters me, so please cancel this show & stop copying shows please CBS & other stations, leave the Bachelor franchise & Love Island alone could you? And viewers hope you respect my opinion & understand how it feels watching something like that being copied again. But everyone deserves love is all I can say America.