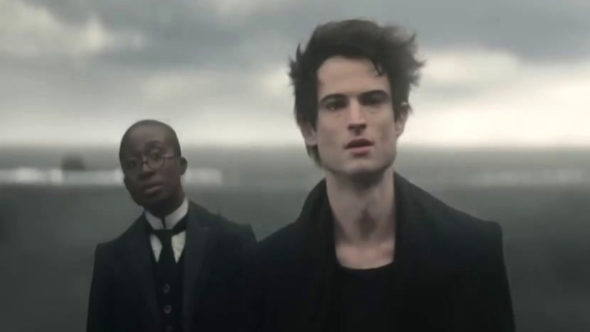 The world of The Sandman will return for a second season. Netflix has renewed the series based on the graphic novels by Neil Gaiman, Sam Keith, and Mike Dringenberg.

A dark fantasy series, The Sandman stars Tom Sturridge, Boyd Holbrook, Patton Oswalt, Vivienne Acheampong, Gwendoline Christie, Charles Dance, Jenna Coleman, David Thewlis, Stephen Fry, Kirby Howell-Baptiste, Mason Alexander Park, Donna Preston, Vanesu Samunyai (formerly known as “Kyo Ra”), John Cameron Mitchell, Asim Chaudhry, Sanjeev Bhaskar, Joely Richardson, Niamh Walsh, Sandra James Young, and Razane Jammal. In the story, there is another world that waits for all of us when we close our eyes and sleep – a place called the Dreaming, where The Sandman, Master of Dreams (Sturridge), gives shape to all of our deepest fears and fantasies. But when Dream is unexpectedly captured and held prisoner for a century, his absence sets off a series of events that will change both the dreaming and waking worlds forever. To restore order, Dream must journey across different worlds and timelines to mend the mistakes he’s made during his vast existence, revisiting old friends and foes, and meeting new entities – both cosmic and human – along the way.

Of the second season renewal, Gaiman said, “Millions upon millions of people have welcomed and watched and loved The Sandman on Netflix, from established Sandman fans to people who were simply curious, and then became obsessed with the Lord of Dreams, his family and their goings-on. It gives me unbelievable pleasure to say that, working with Netflix and Warner Bros., Allan Heinberg, David Goyer and I will be bringing even more of The Sandman stories to life. There are some astonishing stories waiting for Morpheus and the rest of them (not to mention more members of the Endless Family to meet). Nobody is going to be happier about this than the Sandman cast and crew: they are the biggest Sandman fans there are. And now it’s time to get back to work. There’s a family meal ahead, after all. And Lucifer is waiting for Morpheus to return to Hell… ”

Story details, episode count, and a premiere date for season two are being kept under wraps for now.

What do you think? Have you enjoyed The Sandman TV show on Netflix? Are you glad that it’s been renewed for a second season?

I enjoyed the initial season of Sandman. I look forward to season 2 and hope it will be as intriguing.

It was really a nonsence show. First eps were good but the rest were so boring and without any plan.

Excellent!!
Sure, there may be some minor details changed between the books and the series, but the ‘chemistry’ between the selection of actors works. And that is more important to me than being a stickler for detail.