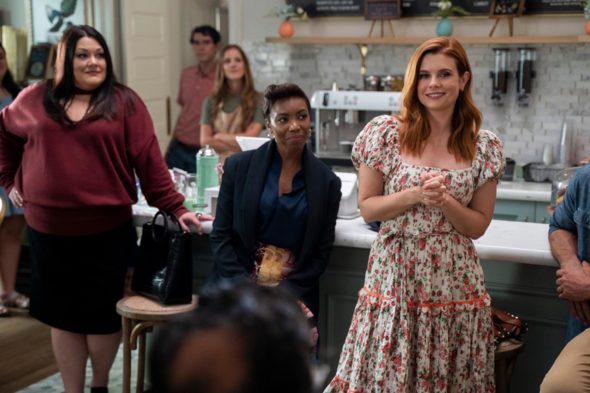 Sweet Magnolias is not going anywhere. Netflix has renewed the drama for a third season. Starring JoAnna Garcia Swisher, Brooke Elliott, and Heather Headley, the series is based on the series of novels by Sherryl Woods. Sheryl J. Anderson is returning as showrunner.

Netflix shared the following about the series in a press release.

Sweet Magnolias is based on the popular series of novels published by MIRA Books, an imprint of Harlequin, by New York Times best-selling author Sherryl Woods, who also serves as an executive producer on the series.”

A premiere date for Sweet Magnolias season three will be announced later.

What do you think? Are you excited to see new episodes of Sweet Magnolias on Netflix?