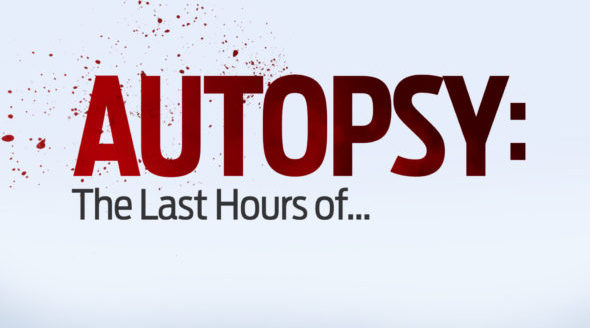 Reelz is announcing their June line-up, and it features new and returning programming for its viewers. Fans will see new episodes of Autopsy, new specials of Behind Closed Doors, and the brand new series Serial Psyche.

Reelz revealed more about the June line-up in a press release. Check that out below.

“REELZ has announced new programming for June 2020 with new specials about megahit movies Top Gun and Back to the Future as the time-travelling sensation marks its 35th anniversary along with new series Serial Psyche and new episodes of returning original series Autopsy: The Last Hours of… and World’s Most Evil Killers.

“With premieres every week in June we’re excited to show our viewers new stories from looking at two of the biggest blockbusters ever in Top Gun and Back to the Future to celebrating the legendary lives of TV and movie stars adored by millions of fans across the world,” said Steve Cheskin, SVP of Programming at REELZ. “Our June premieres also show the real stories of the most sinister among us whose devious acts define true crime.”

Sunday June 14 sees two back-to-back new episodes of Autopsy: The Last Hours of... with Adam West at 8pm ET/ 5pm PT followed immediately by Bill Bixby at 9pm ET/ 6pm PT. West played the iconic superhero Batman in the original 1960s TV series to worldwide acclaim and even at 88 years old was living a fit and healthy life but after a Leukemia diagnosis his sudden decline was as rapid as it was mysterious. Bixby had achieved the distinction of starring in hit shows for four decades with My Favorite Martian in the 1960s, The Courtship of Eddie’s Father in the 1970s, The Incredible Hulk in the 1980s and Blossom in the 1990s before his sudden passing at just 59 years old.

Then on Sunday, June 21 at 8pm ET/ 5pm PT it’s Top Gun: Behind Closed Doors about the high-flying ’80s smash hit that made Tom Cruise a global superstar and gave moviegoers an inside look at the secret world of U.S. Navy fighter pilots. Wrapping up June premieres is Back to the Future: Behind Closed Doors on Sunday, June 28 at 8pm ET/ 5pm PT with stars Michael J. Fox, Christopher Lloyd and Lea Thompson among others sharing their stories of the magic that made one of the most beloved blockbusters of all time.”

What do you think? Will you watch Reelz’s June programming?

Great programming & will watch ALL of these shows! I hope REELZ gets some decent ratings numbers with these.