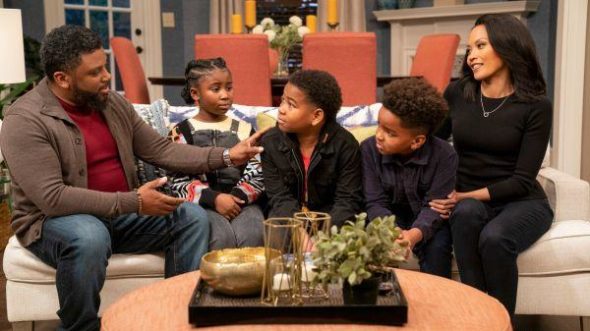 Nickelodeon wants more of its live-action programming. The cable channel has renewed Danger Force, the Henry Danger spin-off, for a second season of 26 episodes. Tyler Perry’s Young Dylan series (above) has also been renewed for a second season with a 20 episode order. Meanwhile, Nickelodeon has ordered six additional installments for the Side Hustle series which brings that show’s first season tally to 26 episodes. The first seasons of all three shows are currently airing on Saturday nights.

Here’s the press release regarding the renewals:

In the second season of Danger Force (26 episodes), the students of Swellview Academy for the Gifted (SW.A.G. for short), a school conceived by Captain Man (Cooper Barnes) and brought to life by Schwoz (Michael D. Cohen), continue to master their superpowers as they battle even bigger villains than ever before to protect the citizens of Swellview. Chapa (Havan Flores), Miles (Terrence Little Gardenhigh), Mika (Dana Heath) and Bose (Luca Luhan) must also keep their real identities a secret from both from their families and the villains who are out to destroy them. Danger Force is developed and executive produced by Christopher J. Nowak (Henry Danger, Sam & Cat) and was created by Dan Schneider & Dana Olsen. Cooper Barnes serves as executive producer and Jace Norman (Henry Danger) serves as producer.

Side Hustle follows best friends, smart and sarcastic Lex (Jules LeBlanc) and confident and tough Presley (Jayden Bartels), as they devise a plan to make money when fireworks accidentally destroy a boat belonging to the dad of their quirky friend and neighbor, Munchy (Isaiah Crews). Forced to come up with creative ways to earn money to pay for the damages, Lex, Presley and Munchy enlist the help of Presley’s tech-savvy younger brother, Fisher (Mitchell Berg), who creates an app that connects them to people looking for help with odd and unusual jobs, as Munchy’s bossy older brother Jaget (Jacques Chevelle) makes sure they keep up with the payments. Side Hustle is created and executive produced by Dave Malkoff (Henry Danger, Sam & Cat, Victorious) with John Beck & Ron Hart (Fuller House, Liv and Maddie) serving as executive producers and showrunners.

Nickelodeon, now in its 41st year, is the number-one entertainment brand for kids. It has built a diverse, global business by putting kids first in everything it does. The brand includes television programming and production in the United States and around the world, plus consumer products, digital, location-based experiences, publishing and feature films. For more information or artwork, visit http://www.nickpress.com. Nickelodeon and all related titles, characters and logos are trademarks of ViacomCBS Inc. (Nasdaq: VIACA, VIAC).

What do you think? Do you like the Danger Force, Young Dylan, or Side Hustle TV series? Are you glad to hear that Nickelodeon has ordered more episodes of these shows?

Iam happy about danger force i hope it keeps going love that show.

Nickelodeon’s “The Astronauts” Telvision Show I have learned has been renewed. Thank God ..because this is a more realistic show ..that even ( myself ) truly enjoy asan adult. IThe story plot is excellent and the main in my view ( Miya Cech ) does a wonderful job, all of the other actors are also very good ..Season 2 ..will be in late Spring or Early Summer I presume…Nickelodeon has created a wonderful, exciting, show. Congrats for such a truly wonderful show to watch.

Well I wouldn’t say danger force is a major coop when it comes to financer of renewing for the new season. In fact it’s the opposite