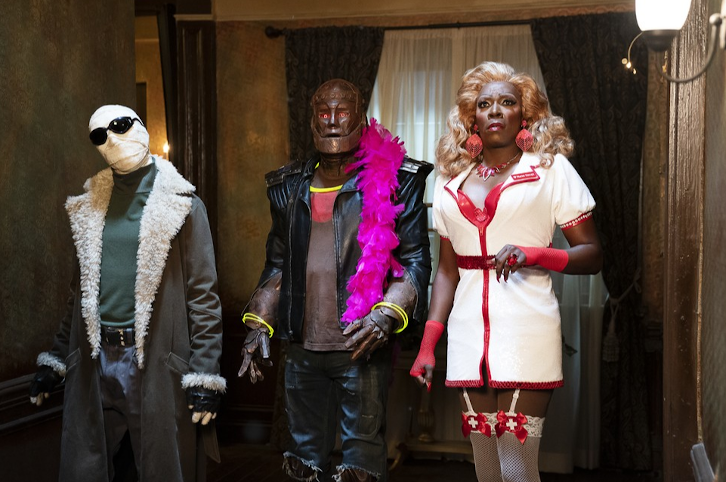 Doom Patrol is getting ready for its third season on HBO Max, and five actors have been added to the superhero series in recurring roles. Micah Joe Parker, Wynn Everett, Miles Mussenden, Anita Kalathara, and Gina Hiraizumi have all joined the cast.

Deadline revealed the following about the roles the new additions will play on the HBO Max series:

“Parker, whose credits include Into The Dark, The Flash and The Vampire Diaries will play Malcolm, part of the Sisterhood of Dada. He is a quiet, sensitive and thoughtful soul who would often rather be invisible than face this unforgiving world. The actor is represented by Zero Gravity Management.

Palmer, Teenage Bounty Hunters and Agent Carter actor Wynn Everett will recur as Shelley Byron aka The Fog, part of the Sisterhood of Dada. Supposedly a deadly terrorist, Shelley is charming, seductive, poetic and a bit mad. Everett is represented by Gersh, Principal Entertainment LA and People Store.

Mussenden joins as Lloyd Jefferson aka Frenzy, part of the Sisterhood of Dada. A sculptor of strange life-like masks who is covered with tattoos and scars – the memories and injustices that immortalize his life – he is cryptic and stoic with a capacity for extreme devastation. The Swagger, Cloak & Dagger and The Good Lord Bird actor is represented by Buchwald, Luber Roklin Entertainment and People Store.

Room 104 and MacGyver actress Anita Kalathara will play Holly McKenzie aka Sleepwalk, part of the Sisterhood of Dada. A light-hearted ne’er do well, Holly knows where the best parties are. After a wild night of partying, she usually takes a nice long nap in the ice cream truck where she works, and if she is awoken mid-nap, there is hell to pay. She is represented by A3 Artists Agency and Authentic Talent and Literary Management.

Lastly, Gina Hiraizumi will recur as will play Sachiko aka The Quiz, part of the Sisterhood of Dada. She is an enigmatic germaphobe whose crippling phobias mask awe-inspiring powers.”

will join the cast of HBO Max’s #DoomPatrol in recurring roles https://t.co/2sUbILuMKL

A premiere date for season three of Doom Patrol has not yet been revealed.

What do you think? Are you a fan of the Doom Patrol TV series? Do you plan to watch the new season on HBO Max?

So when is Doom Patrol starting again??

I started to watch but found the characters loud and obnoxious

I’m so glad Doom Patrol is getting a season three. It’s a fun, quirky show with great writing.