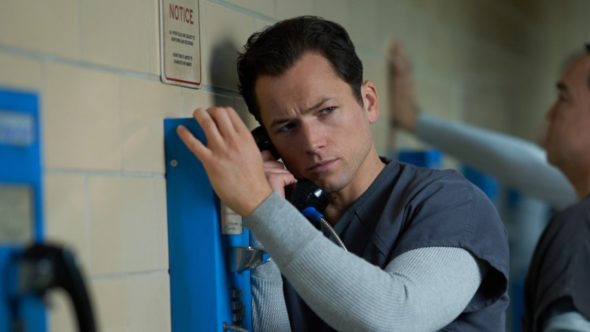 Firebug is coming soon to Apple TV+. The streaming service has ordered the new drama, which reunites two of the talents from the acclaimed Black Bird series – actor Taron Egerton (above) and writer/director Dennis Lehan. Egerton is set to executive produce and star in the new series as a detective trying to track down two serial arsonists.

Written by Lehane and inspired by true events, “Firebug” will follow a troubled detective and an enigmatic arson investigator (played by Egerton) as they pursue the trails of two serial arsonists.

The fictional series is inspired by some of the events presented in truth.media’s acclaimed “Firebug” podcast, which was hosted by the Oscar and Emmy-winning Antholis, who executive produces for Crime Story Media, LLC; Emmy Award-winner Marc Smerling serves as executive producer for Truth Podcasting Corp.

A premiere date for Firebug will be announced later.

What do you think? Are you excited to see this new series on Apple TV+?