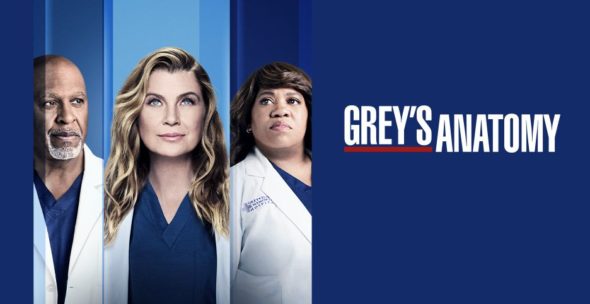 Last season, while Grey’s Anatomy remained ABC’s highest-rated series in the demo, sister series Station 19 had more viewers. Will Grey’s regain the top spot in viewers this season? Could it possibly be cancelled or, is it essentially guaranteed to be renewed for season 19 (providing Ellen Pompeo wants to return)? Stay tuned. *Status Update Below.

What do you think? Do you like the Grey’s Anatomy TV series on ABC? Should it be cancelled or renewed for a 19th season?

Get rid of Amelia. What she did to Link was awful and she just keeps on hurting people. I believe it is time for it to come to an end and all good things must come to an end even though I have watched this from the beginning.