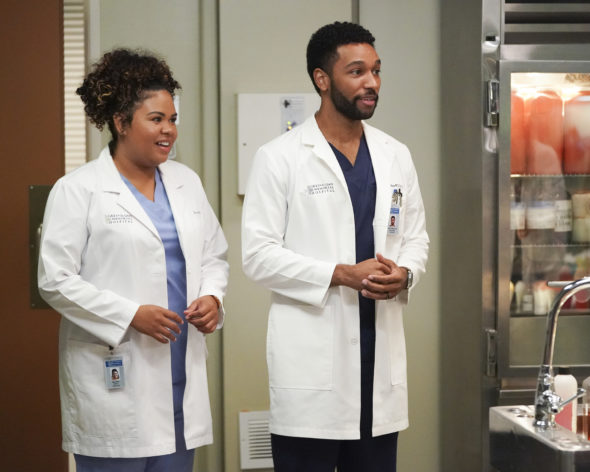 How will Meredith fare in her residency director role in the 18th season of the Grey’s Anatomy TV show on ABC? As we all know, the Nielsen ratings typically play a big role in determining whether a TV show like Grey’s Anatomy is cancelled or renewed for season 19. Unfortunately, most of us do not live in Nielsen households. Because many viewers feel frustrated when their viewing habits and opinions aren’t considered, we invite you to rate all of the 18th season episodes of Grey’s Anatomy here.  *Status Update Below.

What do you think? Which season 18 episodes of the Grey’s Anatomy TV series do you rate as wonderful, terrible, or somewhere between? Do you think that Grey’s Anatomy should be cancelled or renewed for a 19th season on ABC? Don’t forget to vote, and share your thoughts, below.

Please renew Grey’s Anatomy, my favorite show. Been watching from the beginning

So glad it’s finally back. Thanks for not canceling the show. Been watching since day one

Greys Anatomy has been my family’s favorite show since its inception. We have missed it and could hardly wait for its return. When the crossover 911 came our Thursday nights have been our night to watch live TV not videos. We love it.
>

This show has run its course! It needs to be cancelled.