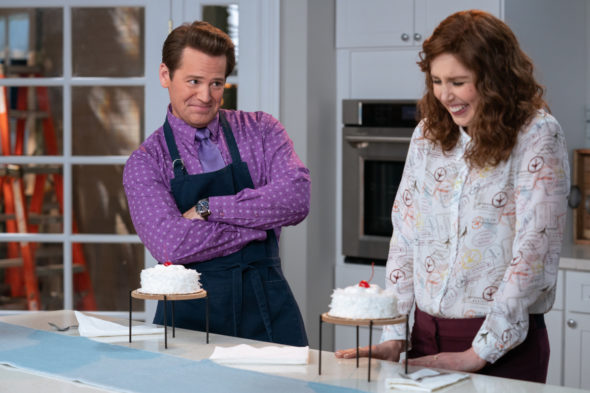 A Showtime comedy series, the I Love That for You TV show stars Vanessa Bayer, Molly Shannon, Jenifer Lewis, Paul James, Ayden Mayeri, Matt Rogers, and Punam Patel with Johnno Wilson in a recurring role. The story is inspired by Bayer’s own story of overcoming childhood leukemia. Joanna Gold (Bayer) dreams of becoming a host at a home shopping channel. Working to shed her life-long label as “that cancer girl,” she moves away from her parents and starts a budding romance for the first time in her adult life. Joanna also forms a meaningful friendship with her idol, Jackie (Shannon), the charismatic star of the shopping channel. This all happens against the backdrop of a highly competitive workplace where people play dirty to succeed. The CEO of the popular channel is Patricia (Lewis), the icy and enigmatic founder.