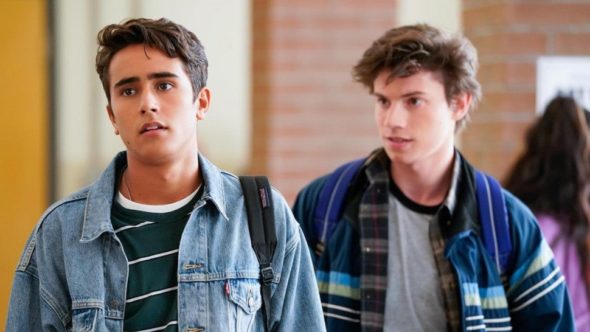 The story of Victor Salazar won’t have a fourth chapter. Hulu has announced that the upcoming third season will also be the TV show’s last. The final eight episodes will be released on June 15th.

In season three, Victor goes on a journey of self-discovery — not only deciding who he wants to be with, but more broadly, who he wants to be. With their post-high-school plans looming, Victor and his friends are faced with a new set of problems that they must work through to make the best choices for their futures.

The streaming series will finish with a total of 28 episodes.

What do you think? Have you enjoyed watching the Love, Victor TV series on Hulu? Are you sorry to know that there won’t be a fourth season or, does season three seem like a good time to end it?

Love, Victor is a gem. It’s one of the best offerings Hulu has in its giant library. Am totally bummed to see just three seasons; however, a coming-of-age story doesn’t go into adulthood. Hopefully this isn’t the last we see of Victor and everyone (and Simon!).

I love Love, Victor and am sad to see it end with only three seasons. I think more than eight episodes are needed to flush storylines out more and there is definitely enough story to tell that a fourth season is warranted. This will feel rushed and in my opinion is a BIG mistake to end this beloved show so soon. Not to mention putting an amazing cast out of work. Same with the crew and creators of Love, Victor.