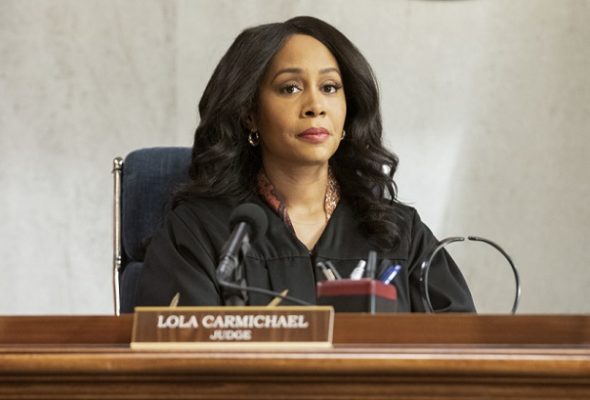 Court will soon be back in session. OWN has announced that production on the third season of the All Rise TV series has begun. Season three is expected to debut in June. CBS cancelled All Rise after two low-rated seasons in May 2021. OWN made a deal to revive it in September.

The story follows the chaotic, hopeful, and sometimes absurd lives of its judges, prosecutors, and public defenders, as they work with bailiffs, clerks, police, and jurors to bring justice to the people of Los Angeles amidst a flawed legal system.

Season three is all about new beginnings, picking up the night of the mid-term election as the highly-regarded Judge Lola Carmichael (Missick) awaits the results of her hotly contested seat, preparing to further push the boundaries of her courtroom in the name of justice.

What do you think? Are you glad to hear that All Rise is returning in June on OWN? Were you disappointed when this drama was cancelled on CBS?

Happy to hear this. The cast had a chemistry that added to every story line. The writers and actors have touched on so many issues in our justice system but reminds us how all those involved are human with lives and issues of their. Great series
Kudos to OWN for recognizing it’s worth.

The best series I have seen in years. Brilliant. Can’t wait for Season 3 and more.

I Love it. This is one of my favorite shows.

I am really thrilled and over joyed that All Rise is returning to TV. I never missed an episode in the 2 seasons it was on. A great series with an exceptional talented crew. Can’t wait until it returns.

Fantastic! This was a must watch for me and I am thrilled it is being picked up by OWN. Well written, well acted, linked to our our contemporary issues . It deserves to be back.

All Rise is without a doubt one of my all time favorite shows. I and my family are so happy that OWN has revived it. THANK YOU.

I loved this show! Best judge ever! Not too much personal facts but good story about justice! Ready to watch Own show that isn’t all love life but good show like THAHN!

PERFECT!! Great show, thanks for renewing it OWN… now, how ’bout For LIfe, can you bring next season back on that show… Loved it.. only show Son & I watched together & miss that! 🙂

So excited for this show to be back on the air! Thank you OWN

Thanks for letting us know we’ll at long last be able to watch a fantastic courtroom drama in June.

Quite happy Love this show.