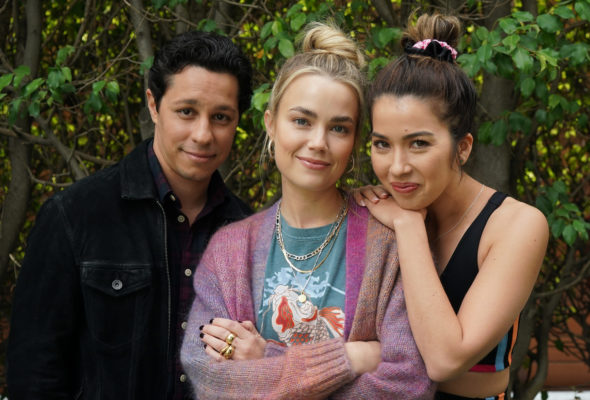 Who would have predicted this? ABC has picked up Maggie to series for the 2021-22 television season.  It’s based on the short film of the same name by Tim Curcio and stars Rebecca Rittenhouse, David Del Rio, Nichole Sakura, Angelique Cabral, Leonardo Nam, Ray Ford, Chloe Bridges, Kerri Kenney, and Chris Elliott.

A single-camera comedy, Maggie follows a young woman trying to cope with life as a psychic. Maggie (Rittenhouse) regularly sees the fate of her friends, parents, clients, and random strangers on the street. But, when she suddenly sees a glimpse of her own future, Maggie is forced to start living in her own present.

What do you think? Do you like the look of this new comedy series? Will you check out Maggie when the show debuts on ABC?

Go Rebecca! She is my first cousin, and I cannot wait to watch this!!!

Seriously ABC? How about putting on your thinking caps & give us all something that we couldn’t see on Saturday morning. UGH
Worst programs ever!