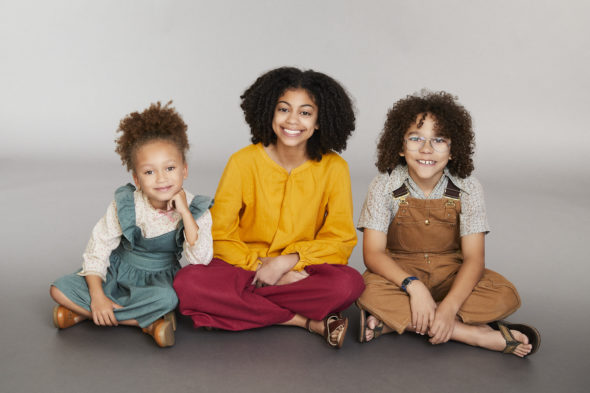 A prequel to Black-ish, the comedy series explores Rainbow Johnson’s (Tracee Ellis Ross) “experience growing up in a mixed-race family in the ‘80s and the constant dilemmas they had to face over whether to assimilate or stay true to themselves.” The cast also includes Arica Himmel, Tika Sumpter, Gary Cole, Christina Anthony, Mykal-Michelle Harris, and Ethan Childress.

Read more info and watch a sneak peek below:

In “mixed-ish,” Rainbow Johnson recounts her experience growing up in a mixed-race family in the ’80s and the constant dilemmas they had to face over whether to assimilate or stay true to themselves. Bow’s parents Paul and Alicia decide to move from a hippie commune to the suburbs to better provide for their family. As her parents struggle with the challenges of their new life, Bow and her siblings navigate a mainstream school in which they’re perceived as neither black nor white. This family’s experiences illuminate the challenges of finding one’s own identity when the rest of the world can’t decide where you belong.

What do you think? Are you a fan of Black-ish? Will you watch the prequel series?

I think it’s all pretty silly. The blood in my veins is red too….so I don’t understand what the pre-occupation is with people of mixed racial background. The worse thing that happens to me (I’m half black and white) is strangers think me to be Hispanic or Spanish (light complexion, wavy-straight dark hair). Soooo.. That’s about the extent of it; certainly nothing worthy of a prime time sitcom, but then I guess I’m not going out of my way to find situations where my race might be questioned or an issue for others. Guess what? Mixed race people are just… Read more »

Black-ish is hilarious and educational. If you watch it, you’ll love it.

I never even watch Blackish so why would I waste my time on this idiotic spin off?
Seriously ABC get a clue.

Black-ish was Horrible, College-ish The first Spin-off is Dumb and now they want to do a third Spin-off. These companies get rid of great TV Shows and replace them with utter Trash like this. We do not need countless spin offs of TV shows.

Rose
Reply to  Cancel These Spin-offs

I completely agree with you! ABC is the worst. They canceled THE KIDS ARE ALRIGHT, so now all they have to offer is THE ROOKIE!