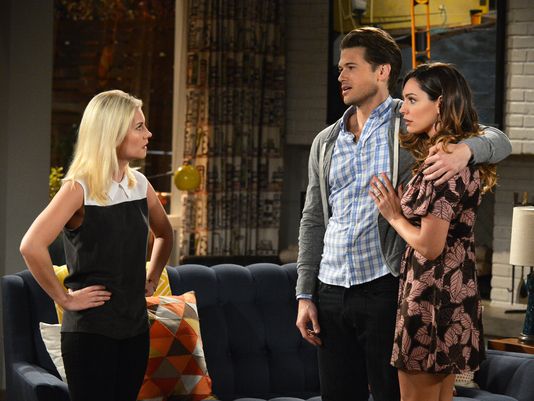 It appears NBC wasn’t exactly pleased with the ratings for their new sitcom One Big Happy and now they’ve cancelled it.

The series debuted to mediocre ratings in mid-March and then the numbers got much worse. The first season of six episodes ended up averaging a 1.17 rating in the 18-49 demographic with 3.92 million viewers.

The peacock network has aired all of One Big Happy’s installments and now, we know there won’t be a second season.

What do you think? Did you like One Big Happy on NBC? Do you think that it should have been renewed or cancelled?

Bring back One Big Happy!

Please bring one big happy back!!!

Sad they didn’t give this show another chance. There’s so much vying for our attention, sometimes it takes longer to catch on. Big Bang Theory didn’t do great it’s first season, but look where it is now. Wish these networks wouldn’t pull the plug so soon b/c it makes me leary of getting attached to a new show.

Please bring back the show. I was so bumped when I learn it wasn’t coming back 🙁

I absolutely LOVED this show!! Please bring season 2 back!

I wanted season 2 so bad! LOVE Elisha Cuthbert & Nick Zano! I think it needed another chance, I was really looking forward for what was next. I thought it was hilarious.

I liked the show’s premise and the actors were strong – but I think there was 0 chemistry between the actors and a lot of the interactions seemed forced and hyperbolic. Maybe the cast needed more time to develop a report… not every show can have instant “friends” or “Seinfeld” chemistry.

One big happy is the only show that told me if u want family it doesn’t mean there has to be blood relation I request u to air second season its funny it gave me hope that I can have a family and love in future I just have to be open-minded its ok if your wife got a. Baby of someone who is gay .

I loved the show and will miss it!

I loved One Big Happy!!!
I think that the show should be renewed!!!

I really loved one big happy and I am annoyed that it has been canceled!!!!! I thought the actors were amazing and it was a great contrast. I hope it could be renewed.

I really loved the show. I shouldn’t have been cancelled!