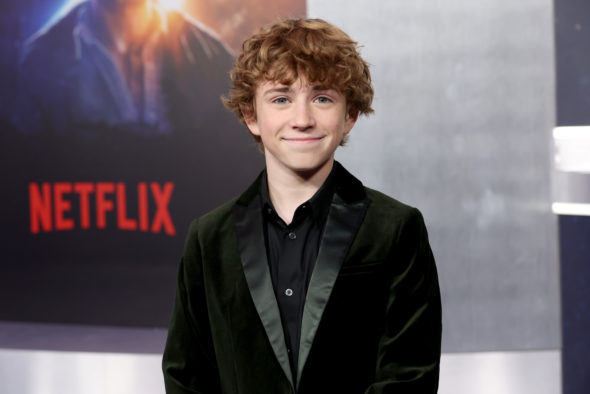 The upcoming Percy Jackson and the Olympians series now has its lead. Walker Scobell, one of the stars of The Adam Project movie on Netflix, has been cast as the titular character. The new series is based on the fantasy books by Rick Riordan. The first season will be based on The Lightning Thief novel.

“Walker Scobell (The Adam Project) has been cast in the titular role in Disney+’s fantastical live action series Percy Jackson and the Olympians, it was announced today by the streaming service. The epic adventure is based on – and closely aligned with – Disney Hyperion’s best-selling book series by award-winning author Rick Riordan. The Disney Branded Television series, Percy Jackson and the Olympians is produced by 20th Television, a part of Disney Television Studios, and will go into production this summer.

Percy Jackson and the Olympians tells the fantastical story of a 12-year-old modern demigod, Percy Jackson, who’s just coming to terms with his newfound supernatural powers when the sky god Zeus accuses him of stealing his master lightning bolt. Now Percy must trek across America to find it and restore order to Olympus.

Percy Jackson is a smart and compassionate kid with a sharp sense of humor. He’s always seen himself as an outsider, in no small part because of how the world sees his ADHD and dyslexia. He’s impulsive and rambunctious and is quick to anger when things seem unfair to him. But beneath his cynicism is an affectionate son and loyal friend who just wants to do right by those he cares about. If only he could find a place where he fits in.

A premiere date and additional cast for the new series will be announced later.

What do you think? Are you excited to see the new Percy Jackson series on Disney+?

I hope the show is better the movies they were plain awful.