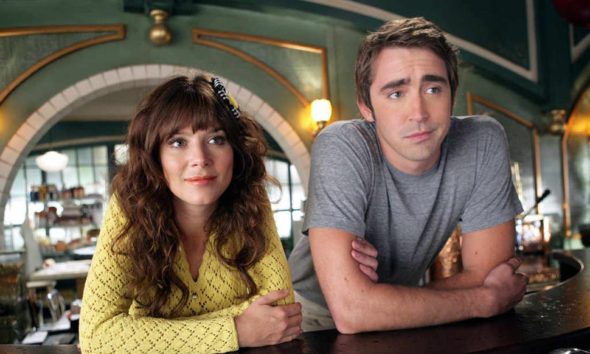 Could Pushing Daisies and Two and a Half men be making a comeback? According to Deadline, both TV shows have made reboot pitches to ABC.

From Bryan Fuller, Pushing Daisies starred Lee Pace as Ned, a pie shop owner who can bring the dead back to life. The cast also includes Anna Friel, Chi McBride, Jim Dale, Ellen Greene, Swoosie Kurtz, and Kristin Chenoweth. The dramedy ran on ABC for only two seasons before being cancelled in 2009.

On Twitter, Bryan Fuller made a pitch to ABC to reboot Pushing Daisies for a third season:

NOT TO BE OPPORTUNISTIC, BUT IF YOU'RE ITCHING TO FILL THAT #ROSEANNE SLOT WITH ANOTHER FORMER @ABCNetwork SHOW… pic.twitter.com/UXYm5j6adx

Also on Twitter, Two and a Half Men star Charlie Sheen made a pitch to bring the cancelled CBS sitcom to ABC:

the
runway is
now clear
for
OUR reboot.

What do you think? Are you a fan of Pushing Daisies and/or Two and Half Men? Would you watch a reboot?

Bring back pushing daisies. Loved that show was so pissed when it was cancelled.

Charlie Sheen is a bigger whack job than Roseanne but…they both make me laugh. And that’s why I try to find TV shows that are funny. You can get gloom & doom 24/7 everywhere else. As long as someone doesn’t commit a REAL crime…leave the show alone. Laughs are hard to come by. If you’re easily offended…don’t watch it. SIMPLE!

Bring back Two & a Half Men!

2 and a half man could never survive with Charlie Sheen in any role.

Could never recapture the magic that was Pushing Daisies.

I agree with Amanda. renew Designated Survivor and while you’re at it, renew the crossing.

I think that ABC should renew Designated Survivor for Season 3 in its place!

Love two and a half men when Charlie Sheen was on. Would definitely watch it again.

Loved Pushing Daisies! Should not have been cancelled! Two + a Half Men with Charlie was good too!

Barf-especially “Two & A Half Men”.

Enough with the reboots and revivals already.

Pushing Daisies and Two and a Half men are worse than Roseanne.

I’d love to see Two and a Half Men reboot! The Charlie Sheen yrs were WAY better than Ashton Kutcher yrs.

Hum……2 half men is enticing