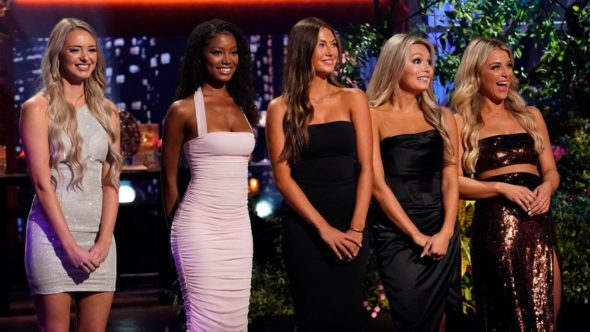 Zach has a lot of choices to make in the 27th season of ABC’s The Bachelor TV show. As we all know, Nielsen ratings typically play a big role in determining whether a TV show like The Bachelor is cancelled or renewed for season 28. Unfortunately, most of us do not live in Nielsen households. Because many viewers feel frustrated when their viewing habits and opinions aren’t considered, we invite you to rate all of the 27th season episodes of The Bachelor here.

An ABC dating reality series, The Bachelor TV show is hosted by former Bachelor and professional football player Jesse Palmer. Season 27 follows Zach Shallcross as he meets, courts, and weeds out 30 potential “soul mates” in his quest for “true love.” A 26-year-old tech executive from Anaheim Hills, California, Shallcross finished in third place pursuing Rachel Recchia on the 19th season of The Bachelorette. Most of the action takes place in Los Angeles, but during the course of the season, Shallcross and some of the contestants will visit The Bahamas, London, Budapest, and Krabi, Thailand.

What do you think? Which season 27 episodes of The Bachelor TV series do you rate as wonderful, terrible, or somewhere between? Do you think The Bachelor should be cancelled or renewed for a 28th season on ABC?

This and the Bachelorette are the worst programs. Get rid of them both.

I have loved The Bachelor franchise since it started. So far, I am happy with Zach as the new Bachelor. And I’m very happy that Jesse Palmer has returned as host. My fear with this franchise going forward is that ABC may eventually move all the shows to Disney+. As they did with DWTS. I will be outraged if they ever decide to do that. As will alot of other fans.