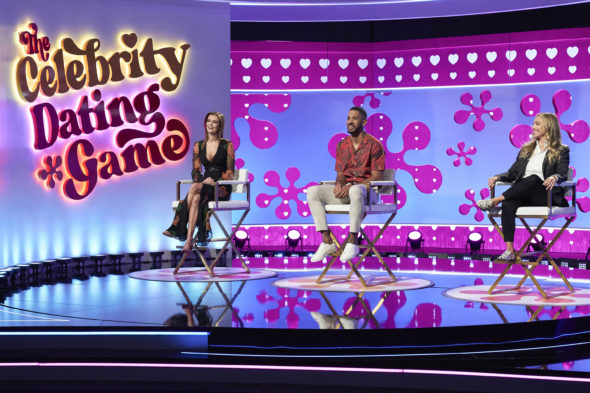 The alphabet network has blown a kiss to this series and said goodbye. ABC has cancelled The Celebrity Dating Game TV show so, we won’t be getting a second season this summer.

Based on The Dating Game, which first aired on ABC in 1965, The Celebrity Dating Game is hosted by actress Zooey Deschanel and singer-songwriter Michael Bolton. The first season includes Hannah Brown, Nicole Byer, Carson Kressley, Iggy Azalea, Taye Diggs, and Demi Burnett. The series is a modern take on the classic game show but this version features a roster of celebrity singles all trying to find love. Offering the same iconic feel as the original, each episode follows two celebrities who each pick one lucky suitor from a hidden panel of three bachelors and/or bachelorettes based on answers to a variety of questions. In a twist, the celebrity identities remain a mystery to their suitors, who are given clues via parody song performances by Bolton. Is there love in the air?

Airing on Monday nights, the first season of The Celebrity Dating Game averaged a 0.39 rating in the 18-49 demographic and 2.10 million viewers in the live+same day ratings (including DVR playback through 3:00 AM).

Celebrity Dating Game aired for just eight episodes and was one of the lower-rated shows on ABC’s schedule last summer. Variety was the first to report its cancellation.

What do you think? Did you enjoy The Celebrity Dating Game on ABC? Are you sorry that this series has been cancelled and won’t have a second season?