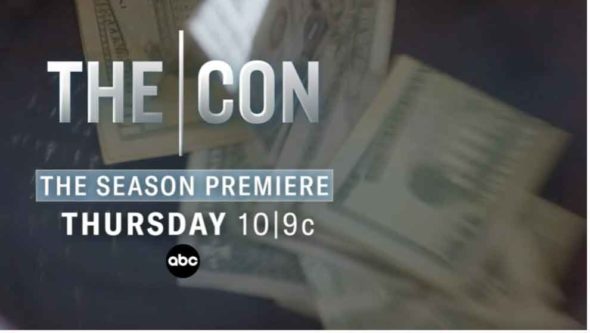 ABC has introduced several docu-series over the years and many have lasted just one season. After nearly two years away, The Con was renewed and returned for a second season. Will its winning streak continue for a third season, or will this show be cancelled instead? Stay tuned.

A documentary series, The Con TV show is narrated by Whoopi Goldberg and features podcaster Laci Mosely offering her expert insights. The show explores the troubling tales of people taken in by claims and promises that proved too good to be true. It delves into a myriad of topics, from identity fraud and misleading romance to the high-profile college admission scandal and Fyre Festival. The reports reveal how the victims were fooled and the cost of their false trust — both emotionally and financially. Episodes feature interviews with key people caught up in the scams, including victims and eyewitnesses, and, in some cases, law enforcement and the perpetrators themselves. These are tales of duplicity, broken promises, and greed.

8/5 update: You can see the latest night’s ratings in context.

For comparisons: Season one of The Con on ABC averaged a 0.32 rating in the 18-49 demographic and 2.03 million viewers in the live+same day ratings.

What do you think? Do you like The Con TV series on ABC? Should it be cancelled or renewed for a third season?

I have never watched it!