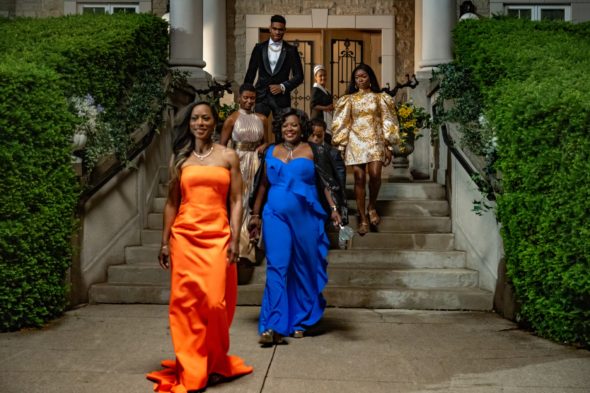 Which family member has what it takes? Has The Kings of Napa TV show been cancelled or renewed for a second season on OWN? The television vulture is watching all the latest cancellation and renewal news, so this page is the place to track the status of The Kings of Napa, season two. Bookmark it, or subscribe for the latest updates. Remember, the television vulture is watching your shows. Are you?

Airing on the OWN cable channel, The Kings of Napa TV show stars Ebonée Noel, Rance Nix, Karen LeBlanc, Isiah Whitlock Jr., Yaani King Mondschein, Ashlee Brian, and Devika Parikh. The story takes place in a gorgeous and picturesque Napa Valley vineyard owned by the Kings, an aspirational African-American family. Their wealth and status land them on the pages of design magazines and society pages. The wine business has brought the family success and acclaim, but following the patriarch’s sudden exit from the company, his three children must grapple for the keys to the kingdom in pursuit of power, wealth, and legacy.

The first season of The Kings of Napa averages a 0.04 rating in the 18-49 demographic and 268,000 viewers in the live+same day ratings (including DVR playback through 3:00 AM). While these numbers don’t include further delayed or streaming viewing, they are a very good indicator of how a show is performing, especially when compared to others on the same channel. There can be other economic factors involved in a show’s fate, but typically the higher-rated series are renewed and the lower-rated ones are cancelled. Find out how The Kings of Napa stacks up against other OWN TV shows.

Will OWN cancel or renew The Kings of Napa for season two? Last year, the cable channel said goodbye to its soapy hit series, The Haves and the Have Nots, and Queen Sugar will end with its upcoming seventh season. OWN needs a new hit so I think they’ll give this one every chance to succeed. Based on the ratings thus far, Kings of Napa doesn’t look like a grand slam but, we’ll have to wait and see how things go. I’ll update this page with breaking developments. Subscribe for free alerts on The Kings of Napa cancellation or renewal news.

What do you think? Do you hope that The Kings of Napa TV show will be renewed for a second season? How would you feel if OWN cancelled this TV series, instead?

I like the show and think it should stay on. What I did not like is that they killed the patriarch off in the first episode. This seems to be a theme on OWN shows. Give black Dads a chance!

I do not like the show at all. The storyline is boring and the acting is not good. I was hoping for the best for this show but unfortunately I’m not impressed. I will not waste my time to record the series after watching the first show and deleting the second one without even finishing it.

couldn’t tell if it was good or bad…dialog was slured at times hard to watch…?