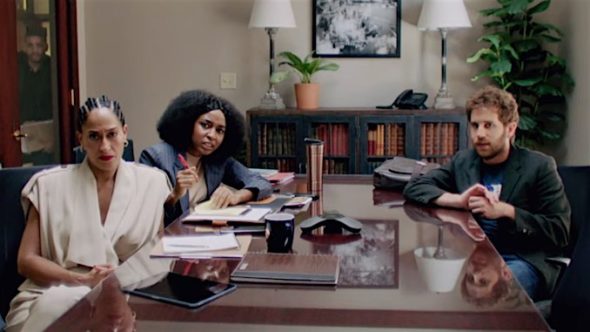 Does this show make you laugh and think? Has The Premise TV show been cancelled or renewed for a second season on FX on Hulu? The television vulture is watching all the latest cancellation and renewal news, so this page is the place to track the status of The Premise, season two. Bookmark it, or subscribe for the latest updates. Remember, the television vulture is watching your shows. Are you?

Unless they decide to publicize viewership, it is difficult to predict whether FX on Hulu will cancel or renew The Premise for season two. Since Hulu isn’t solely ad-supported, it can take a chance on series it believes in and stories that need telling, but sooner or later it comes down to production costs, versus viewership numbers. This show is an anthology series so the actors don’t have to commit to more than a single episode. That can help keep costs down and attract big-name talent. I think this show will perform well enough to be renewed.  I’ll keep my ears open and an eye out for news, and will update this page with breaking developments. Subscribe for free alerts on The Premise cancellation or renewal news.

What do you think? Do you hope that The Premise TV show will be renewed for a second season? How would you feel if FX on Hulu cancelled this TV series, instead?

I loved it! BJ Novak is a genius! I am terminally ill and probably won’t be around for season 2 but they definitely should be! Again you knocked it out of the park BJ Novak you never stop amazing me keep it up God bless you and your family and all your loved ones