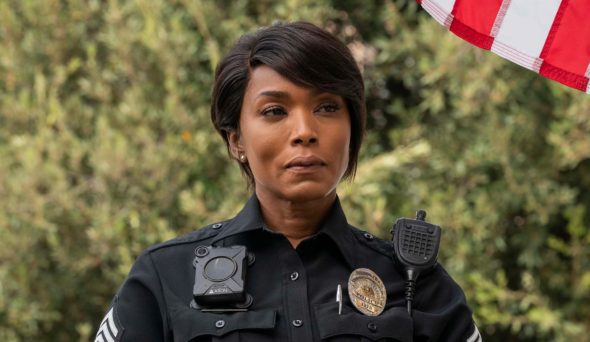 Are there any disasters these first-responders haven’t seen? Has the 9-1-1 TV show been cancelled or renewed for a sixth season on FOX? The television vulture is watching all the latest cancellation and renewal news, so this page is the place to track the status of 9-1-1, season six. Bookmark it, or subscribe for the latest updates. Remember, the television vulture is watching your shows. Are you?

Airing on the FOX television network, 9-1-1 stars Angela Bassett, Peter Krause, Jennifer Love Hewitt, Oliver Stark, Kenneth Choi, Aisha Hinds, Rockmond Dunbar, Ryan Guzman, Corinne Massiah, and Marcanthonee Jon Reis. A scripted drama that’s been inspired by real-life experiences, this show centers on the police officers, firefighters, and dispatchers who are thrust into the most frightening, shocking, and heart-stopping situations. These emergency responders must try to balance saving those who are at their most vulnerable with solving the problems in their own lives.

The fifth season of 9-1-1 averages a 0.76 rating in the 18-49 demographic and 5.20 million viewers. Compared to season four, that’s down by 28% in the demo and down by 20% in viewership in the live+same day ratings (including DVR playback through 3:00 AM). While these numbers don’t include further delayed or streaming viewing, they are a very good indicator of how a show is performing, especially when compared to others on the same channel. There can be other economic factors involved in a show’s fate, but typically the higher-rated series are renewed and the lower-rated ones are cancelled. Find out how 9-1-1 stacks up against other FOX TV shows.

Will FOX cancel or renew 9-1-1 for season six? This show has been at the top of the network’s charts for a while and has a passionate audience. Even if it slips in the ratings, I have no doubt that it will be renewed. I wouldn’t be surprised if another spin-off might pop up at some point, especially given the popularity of the Chicago and FBI franchises on NBC and CBS. I’ll update this page with breaking developments. Subscribe for free alerts on 9-1-1 cancellation or renewal news.

What do you think? Are you glad that the 9-1-1 TV show has been renewed for a sixth season? How would you feel if FOX cancelled this TV series, instead?

Please renew 911 such a great show

Please renew 911 for another season, because it’s a good show and I enjoy the episodes so much. I like buck, Eddie, Maddie, hen, bobby, and Christopher they are my favorite characters. I enjoy watching 911 a lot. keep up the good work.

911 is one of the best, most exciting, and most heartwarming shows out there right now! Please renew for season 6, and also bring back Maddie, Chimney, and Eddie!