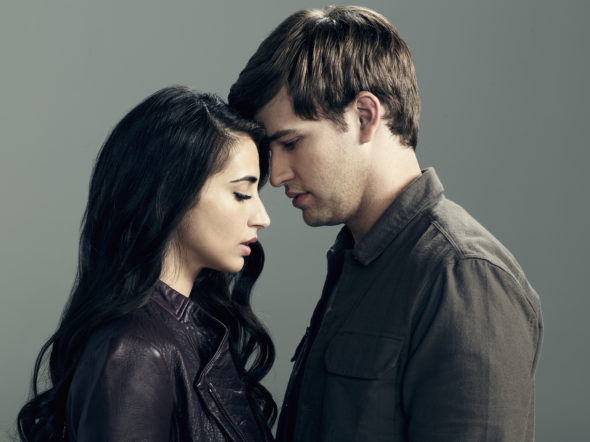 Do Holden Matthews and Willa Frost manage to live a normal life during the second season of the Beyond TV show on Freeform? As we all know, the Nielsen ratings typically play a big role in determining whether a TV show like Beyond is cancelled or renewed for season three. Unfortunately, most of us do not live in Nielsen households. Because many viewers feel frustration when their viewing habits and opinions aren’t considered, we’d like to offer you the chance to rate all of the Beyond season two episodes here.

A Freeform Y.A. TV series, Beyond stars Burkely Duffield, Romy Rosemont, Michael McGrady, Jonathan Whitesell, Dilan Gwyn, Jeff Pierre, and Eden Brolin. The sci-fi mystery drama follows Holden Matthews (Duffield), who woke after a dozen years in a coma to find himself at the center of a conspiracy in a changed world. Season two kicks off with Holden thinking he has completed his mission within the Realm and that he and Willa (Gwyn) can live out normal lives. Soon though, he’ll have to question if that’s what he really wants and whether or not the Realm still poses a threat to him and his loved ones.

What do you think? Which season two episodes of the Beyond TV series do you rate as wonderful, terrible, or somewhere between? Should Freeform cancel or renew Beyond for a third season? Don’t forget to vote, and share your thoughts, below.

It tis in my best interest in asking the show to have a return, I just finished it and I was upset about the ending, it can’t end like that

I wish some company Netflix or some other thing would pick up a season 3 for Beyond. It was an interesting show. I liked it I want it back.