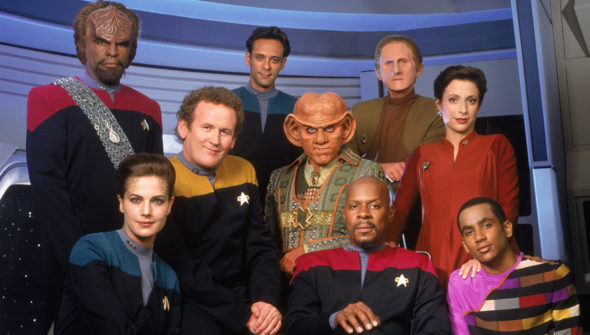 Star Trek: Deep Space Nine fans will have to wait a little bit longer. TrekToday reports the planned documentary about the TV show has been delayed.

As we reported earlier, original series showrunners Ira Steven Behr and David Zappone are producing a documentary about the fan-favorite Star Trek show in celebration of its upcoming 25th anniversary. The project, which has been funded by fans, will feature ideas for a potential new episode as well as interviews with the cast and crew.

Now, it looks like there’s a bump in the road for the documentary. According to TrekToday, director Adam Nimoy has stepped down because of personal commitments and so the project has been delayed. Still, the team behind the Deep Space Nine film says they’re still aiming for an early 2018 released date.

Our original estimates for the premieres and film release was roughly February, 2018 — this was long before the Indiegogo campaign exceeded all expectations, and the scope of the project grew. As such, our filming and editing schedule has expanded to include a number of new and exciting creative ideas. While we still are aiming to have the film done in early 2018, it is likely these release time-frames will shift back (slightly) to accommodate.

“Please know that we have not forgotten you and will let you know the moment we have anything to announce. Our team is committed to giving backers ample heads up (a couple of months) and will loop all eligible backers in on date options for the premieres as we begin to lock them in early next year.”

“In the meantime, we are far along into the editing process of the film — expect a video vault update coming soon from our editing team! — but that hasn’t stopped us from continuing to film additional material and events as they come up!”

What do you think? Are you a fan of Star Trek: Deep Space Nine? Will you watch the documentary?

I asked about why have you not put Deep Space 9 in syndication like the others and I stopped getting your notifications. Why?