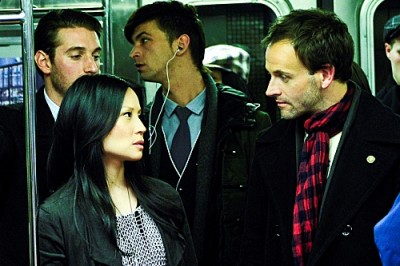 “Elementary, my dear CBS.” The network has ordered two additional installments of their new crime drama, Elementary. This brings the first season total to 24 episodes.

Starring Jonny Lee Miller, Lucy Liu, and Aidan Quinn, Elementary debuted back in late September to a 3.1 rating in the 18-49 demographic with 13.41 million viewers. The ratings have come down quite a bit since then and last week’s installment hit a series low in the demo for the second time, a 2.2 rating with 10.9 million.

While Elementary isn’t a big ratings hit, the show wins its timeslot and is the network’s best-performing new show of the season. CBS has cut fellow freshman series Vegas by one episode.

What do you think? Do you like the Elementary TV series? Do you think the audience will grow over time?

Keep elementary. Great series with only chances of getting better.

elementary should be kept.

Elementary should be kept. It is our favorite. Miller and Liu are great together. Get rid of some of the many boring reality shows.

Both my husband and I LOVE VEGAS! Please, please, continue. This series is a Winner!!!

This may sound odd,but did anyone else get vertigo on epsiode 17? 4 minutes into the show, we see sherlock,watson sitting in a limo with a rich guy and his nurse. If you watch the traffic behind them, it looks as if the traffic is following them in both directions. Did anyone dvr this,and can confirm so I don’t feel like I’m losing my mind? 🙂

I love Elementary. It is priority #1 on my DVR. I certainly hope it is renewed and that it does great with its episode airing after the Super Bowl. Networks need to learn that a show has to be on for the audience to watch. Re-runs don’t count. I already have those recorded!

It’s the best show on TV and with the lame NBC show Do No Harm ( where a brilliant
doctor forgets his medication every single week) is going against it where EVERY SINGLE episode will have the same format? Dr forgets meds gets into trouble gets out or is helped by the female lead. BORING!!!!
Elementary will continue to be its time period winner. With newer more varied plots and WAY less predictability.