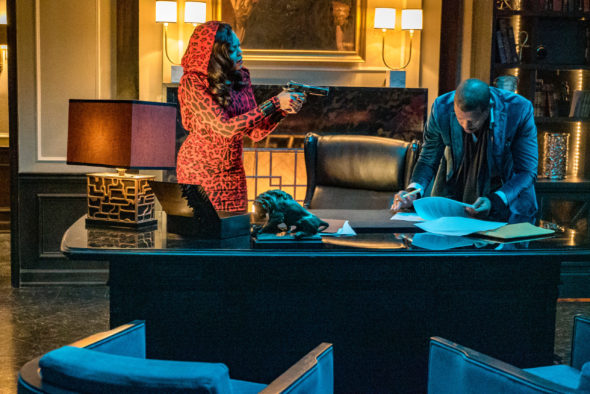 Empire is ready for its end. The series has only 10 more episodes left before things close out completely., and FOX has now set the return date for the series. The series is currently on its winter hiatus.

FOX teased the return of the series with a brief teaser trailer. Viewers will see how things end on the series starting March 3.

During its final season, the season has averaged 2.703 million viewers an episode. Check out the teaser for the return of the series below.

What do you think? Are you a fan of Empire? Are you sad for this series to end?

i love empire hope it come back

I like the show and have watched it since season one episode one. It is time for the show to come to an end.

I will have separation anxiety and miss it !!

People wanted to place a leader between Power and Empire. These are both 2 amazing shows with leading Black actors. There’s no competition both are trailblazers and I am sad to see then both go sadly simultaneously. I’m hoping we see many more entertaining shows with fine black actors in leading roles like these shows leading the way for others. I’m just waiting to see what’s next for us.

Not really. I love the she show but its went on far too long it’s more like daytime TV

It’s a great series please keep it going! I love all the characters good and bad

Can’t believe Empire is coming to an end!!

Please keep Empire on, everyone should not be punished for one, the show is loved by so many

I don’t understand why the show has to end without Jessie on it the show was such an impact to me and I really did enjoy it I want to say thank you to the Empire cast I have to pee Hansen cookie and Terrence Howard lucious for being such an inspiration to me and I and I wish you farewell in the future and I hope the show goes out with with a bang and I will be watching I wish you farewell in the future!!

I look forward to Empire. Hope it’s not cancelled,

Yes, I’m a huge fan and would like to see it continue to more seasons.

I love Empire, didn’t miss an episode! I am very sad to see it ending!!