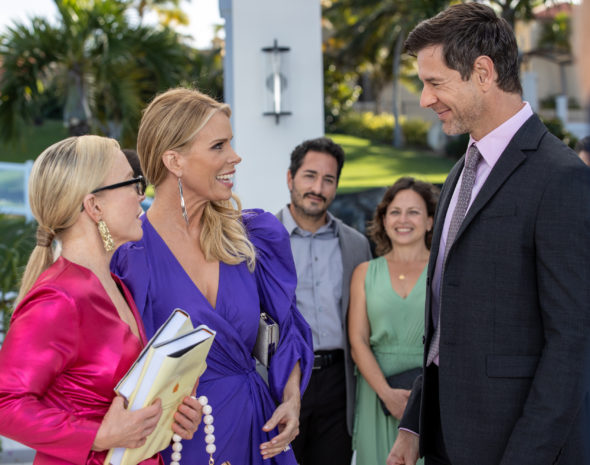 Guests get more than they bargained for in the second season of FOX’s Fantasy Island TV show. As we all know, Nielsen ratings play a big role in determining whether a TV show like Fantasy Island is cancelled or renewed for season three. Unfortunately, most of us do not live in Nielsen households. Because many viewers feel frustrated when their viewing habits and opinions aren’t considered, we invite you to rate all of the second season episodes of Fantasy Island here.

A FOX drama series, the Fantasy Island TV show is based on the 1977-84 series of the same name. This incarnation stars Roselyn Sánchez, Kiara Barnes, and John Gabriel Rodriquez, with Alexa Mansour recurring. The story is set at a luxury resort, where any fantasy guests request is fulfilled, although they rarely turn out as expected. Different people arrive at the resort with dreams and desires and depart enlightened and transformed through the magical realism of Fantasy Island. Elena Roarke (Sanchez) is the steward of this mysterious island and is a descendant of the iconic Mr. Roarke. Assisting Elena is Ruby Okoro (Barnes), a young woman with an old soul who arrives with a terminal illness and is given a new lease on life there. There’s also pilot Javier (Rodriquez), the head of island transportation and a jack of all trades, and Helene (Mansour), a young woman who comes to the island looking for her biological father. Guest stars in the second season include Frankie J. Alvarez, James Denton, Izzy Diaz, Rachael Harris, Teri Hatcher, Cheryl Hines, Marie Osmond, Kyla Pratt, Jason Priestley, Andy Richter; Jai Rodriguez, and Lynn Whitfield.

What do you think? Which season two episodes of the Fantasy Island TV series do you rate as wonderful, terrible, or somewhere between? Do you think that Fantasy Island should be cancelled or renewed for a third season on FOX?

Lost interest in the show.I didn’t like the cast