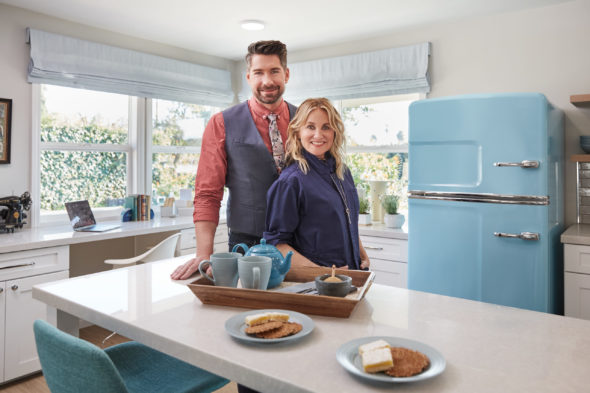 Frozen in Time is coming to Discovery+. The upcoming home renovation series will feature Maureen McCormick, from The Brady Bunch, and interior designer Dan Vickery. The pair will work together on improving homes in Southern California that have been stuck in a time warp.

Discovery+ revealed the following about the new series in a press release.

“Fans nostalgic for decades past can travel back in time with the new home renovation series Frozen in Time, streaming on discovery+, Discovery Inc.’s new subscription streaming service, beginning Monday, Jan. 4. Starring Maureen McCormick of The Brady Bunch fame, a collector and nostalgia enthusiast, along with interior designer Dan Vickery, the series will follow the duo as they overhaul Southern California homes that are stuck in a design time warp. Dan will bring the structures up-to-date, while Maureen will source beautiful decade-specific pieces that give the tired homes a refreshed look. Each stunning design will preserve the best of the past with a wink to the original era, providing families with the stylish, functional spaces they need.

“It’s fun to reminisce about the past,” said Maureen. “The 50s were cool, the 60s were hip and the 70s were groovy. But some homes are just stuck there, and, when you step inside, you feel like you’re in a time warp.”

“We’re renovating houses that have been trapped in the past,” said Dan. “And we’re going to take them from frozen in time to beautifully timeless.”

During the series, Dan and Maureen will take on a 1961 property in Laguna Beach that acts as a time capsule with its period furnishings, decades old appliances and original shag carpet. Inspired by the home’s hilltop location, the duo will rearrange the main floor’s layout to capitalize on the gorgeous ocean views. Modern elements with vintage flair, including retro-look appliances, a funky tile backsplash and iconic period light fixtures, round out the breathtaking design. Throughout the season, Maureen and Dan will tackle pastel tiled bathrooms, wood paneled walls and laminate countertops to help families bring their homes into this century.”

What do you think? Will you check out Frozen in Time on Discovery+?

Would love to be on this show and redo our farm house that was originally built by my great grandparents. One difference to our home is that the road is on the back side of house. It was originally in the front. House is very well built, just having some updates would be amazing.
Thank you for your consideration.

Dear Dan and Maureen from the renovation show , I viewed the episode today from the Today Show
Please assist me with the renovation I would like to do on my Mom’s house , I am pregnant and I want to raise my twins in this house so they can attend the same school system I went to.
Please get back with me at your earliest convenience .
Thank you again great interview with Hoda and her co worker.
Sincerely yours
Jeanine Johnson