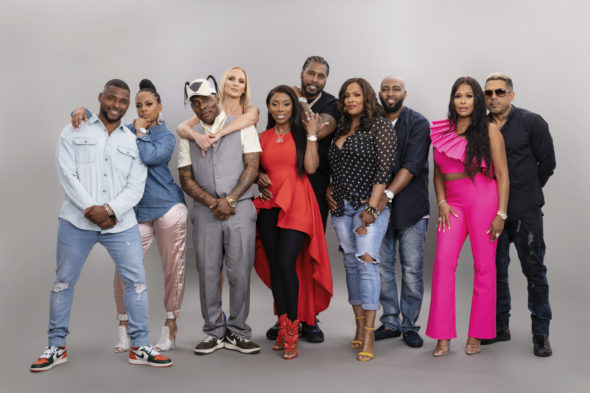 Courtesy of OWN: Oprah Winfrey Network

#LoveGoals is coming to OWN. The new unscripted series will follow five celebrity couples as they try to repair their relationships. Benzino and Althea Hart, Sundy Carter and Breyon Williams, Coolio and Mimi Ivey, Dee Dee “Spinderella” Roper and Quenton “Q” Coleman, and Dwayne “Money” Bowe and Theresa Bowe are the couples appearing on the series. Spirit, a licensed therapist, assists them on this endeavor.

OWN: Oprah Winfrey Network announced today the straight-to-series order of the new unscripted relationship series #LoveGoals, set to premiere on OWN in March 2020. The series joins OWN’s popular Saturday night lineup of unscripted shows that focus on love and relationships. Year-to-date, OWN is the #1 cable network on Saturday nights for African American viewers.

From Irwin Entertainment, the production company behind the hit series Celebrity Rehab, Couples Therapy and Family Therapy, comes #LoveGoals, in which renowned family and relationship therapist, Spirit, counsels five celebrity couples who are at a crossroads in their relationship. Their challenges range from fame and power, to overcoming infidelity, childhood trauma and communication issues. Through an intense two-week therapy program that features both insight-oriented exercises and special guests, the famous couples will face and hopefully resolve their most challenging problems.

Appearing in the freshman season of #LoveGoals will be: Benzino and Althea Heart, whose tumultuous and litigious relationship is well known to fans from their featured roles in “Love & Hip Hop: Atlanta;” Former NFL wide receiver and rapper Dwayne “Money” Bowe and Theresa Bowe, who have been together for 11 years and wed in 2018; actress and former “Basketball Wives” star Sundy Carter and Breyon Williams; former Salt-N-Pepa group member Dee Dee “Spinderella” Roper and comedian Quenton “Q” Coleman, plus rapper/actor/chef and producer Coolio and his fiancé, Mimi Ivey.

Series’ host, Spirit, is a licensed therapist and media personality who aims to empower people with the skills, tools, and information vital to developing, sustaining and maximizing healthy, intimate relationships. Spirit was the host of Fox’s, The Daily Helpline, and XM/Sirius’ nightly radio program Talking with Spirit. She is also a regular guest of HLN, Dr. Drew: On Call, The Bill Cunningham Show, and The Rickey Smiley Morning Show.

#Love Goals will be an exciting addition to the network’s Saturday night lineup centered around love and marriage,” said OWN president Tina Perry. “Spirit’s healing approach to mending and strengthening relationships in this new weekly series will make for great television.”

What do you think? Will you watch #LoveGoals on OWN?