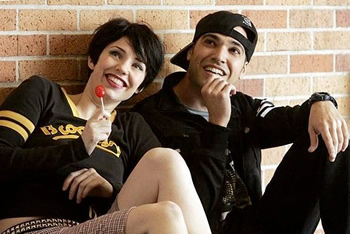 Though fans of the recently cancelled My Generation may be lamenting its demise, the move to replace it with repeats of Grey’s Anatomy appears to make better financial sense for the network.

Last week’s Grey’s Anatomy rerun brought in a 1.2 rating in the 18-49 demo and this week, the repeat got a 1.1 rating. That’s essentially what My Generation attracted in its second and final week on the air. Based on My Generation’s week-to-week performance and the drop-off of viewers during each episode, it’s reasonable to expect that the freshman show’s numbers would have kept falling.

Since airing a repeat is cheaper than producing a new episode of television, ABC made a smart financial decision — at least in the short-term. They’ll no doubt soon find something else to run in that slot.

In the long-run, they’ve potentially alienated a few million viewers by once again abruptly ending a show. Hopefully, ABC will make the remaining six episodes of My Generation available at some point, either on Saturday nights or online. They won’t give fans any closure but most would agree that it’s better than nothing.

What do you think? Do you still want to see the unaired episodes of My Generation?

I liked the show and I would like to see the remaining shows. It was in a good time slot, I don’t know why it did no make it..

My daughter and I are fans of My Generation. We were enjoying the show and were very upset when we couldn’t see the 3rd episode. Please make the remaining episodes available!!! We were enthralled w/ the characters.

I can’t believe they cut the show; I worked at that time so I had to dvr it but it didn’t mean I didn’t watch it you can’t leave us hanging like that I am the generation of my generation and their aren’t that many show’s that I can relate to I’m really dissapointed in you ABC you let me down yet again!!!!!!!!!!!!!!

It’s hard to find a show that both me and my husband can watch together.. and we liked this one.. very dissappointed.. they didn’t give it a chance to gain viewers.

These networks should give shows the chance to breathe. I hate how abruptly this show ended.

My husband and I enjoyed the few episodes we did see. We were greatly saddened to hear it was being dropped, we were just getting into it : (

I loved this show and I am extremely disappointed about the cancellation. It was a show that was different than everything else on tv which I loved. Plus there are not a whole lot of 20 something shows out there right now that are relatable. It is all doctors, crime shows, and vampires. Sad to see another inventive show pushed aside. *sigh*

I absolutely LOVED this show just from the first episode! I really hope they will reconsider or another network could pick the show up.

My husband and I are really sad by the cancellation of My Generation. I absolutely loved the show. It wasn’t like any other conventional show out there and the stories were just starting to develop then ABC axed it. It wasn’t given a chance to pick up viewership. And I will be glad when Grey’s Anatomy runs it course it’s so old now and take Brothers and Sisters, and also Desperate Housewives with it. But that’s just my opinion.

This show was so contrived! I doubt they’ve alienated a few million viewers because I doubt a few million people had any attachment to the show, it was a smart move to take it off the air. This is My Generation we’re talking about, not Pushing Daisies.

As the target demographic, I’m not surprised that ABC would cancel the show. I was enjoying it, and I only know of two other people who watched it. Since we are the transitional group from watching a show at a certain time on a certain day to watching shows when we want, Television studios are continuing to alienate us and at some point they will not be able to win us back. I’m one who finds entertainment outside of Television, I’m down to only watching a handful (House Hunters, Design Star, Project Runway) of shows, plus the History Channel, and… Read more »

I was watching that show and thought it was pretty good…once again a show is abrubtly cancelled with no closure….why do the networks even bother if they are just going to cancel that quickly!