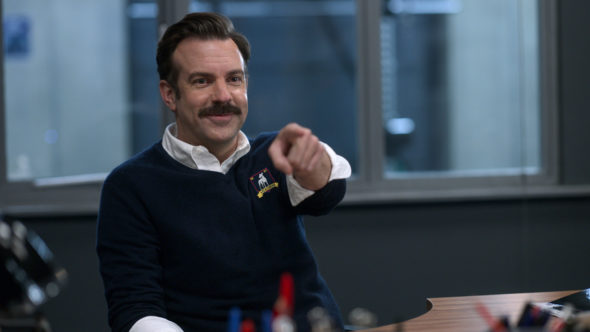 Production on season three of Ted Lasso is currently underway in the UK, and it could be the final season of the series. Co-star and writer Brett Goldstein revealed that the upcoming season is being written and filmed as its last season.

Goldstein said the following about the Apple TV+ series, per Deadline:

“We are writing it like that. It was planned as three. Spoiler alert: Everyone dies.

The nice part of the show is about people trying to be better. And that’s unusual. Our public discourse [on social media] is terrible. It is now normal for people to be horrible to each other. Our show shouldn’t be as refreshing as it is — that says more about the world it was brought into. I’ve got far more stories about people being lovely than about people being a nightmare.”

Executive producer Bill Lawrence also spoke about Ted Lasso over the weekend, and he says the decision to end or continue the series is being left to star Jason Sudeikis and the producers.

A premiere date for Ted Lasso season three on Apple TV+ will be announced later.

What do you think? Are you a fan of Ted Lasso? Were you hoping for a fourth season?

It is very bad, horrible show