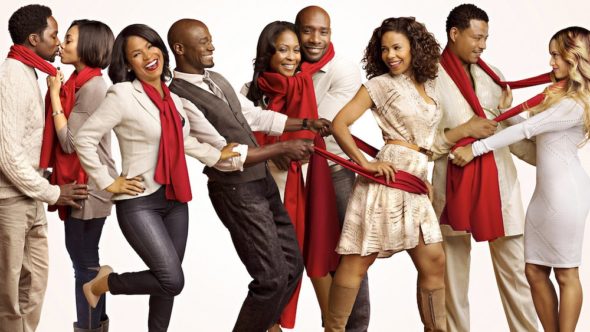 Peacock revealed more about the upcoming dramedy in a press release.

Based upon the eponymous Universal film franchise written and directed by Malcolm D. Lee (four episodes), the series will catch up with the beloved cast as relationships evolve and past grievances resurface in the unpredictable stages of midlife crisis meets midlife renaissance.

NICOLE ARI PARKER (And Just Like That, Empire) will play Xiomara Amani, a captivating, high profile, multi-hyphenate beauty who is sure to disrupt the dynamic of the Best Man crew.

RON CANADA (The Good Fight, Ted 2) will play Wellington, Quentin’s (Terrence Howard) father. He is the patriarch of the family and is uncertain about relinquishing control of the family business to his son.

BRANDON VICTOR DIXON (Power, Jesus Christ Superstar Live!) will play Demetrius, west coast chic and someone from Jordan’s (Nia Long) past who has recently come back into her life.

YVONNA PEARSON (Dynasty, Flatbush Misdemeanors, Pause With Sam Jay) will play Jasmine, who works at the island resort and takes care of the group during their stay.

TERRENCE TERRELL (Giants, B Positive) will play Will, who is handsome, charming and likes to flirt. He works in tech and is taking a much-needed island vacation.

TOBIAS TRUVILLION (Brooklyn’s Finest, New Amsterdam) will play Jaha, a conscious urban farmer who sells produce at a farmer’s market and works with many chefs.

ERIC SCOTT WAYS (City on a Hill, A Holiday in Harlem) will play LJ, Lance’s (Morris Chestnut) son who is made in Lance’s image. LJ is a football prodigy, but football isn’t necessarily LJ’s passion.”

A premiere date for the reunion series will be announced later.

What do you think? Do you plan to watch The Best Man: The Final Chapters on Peacock?