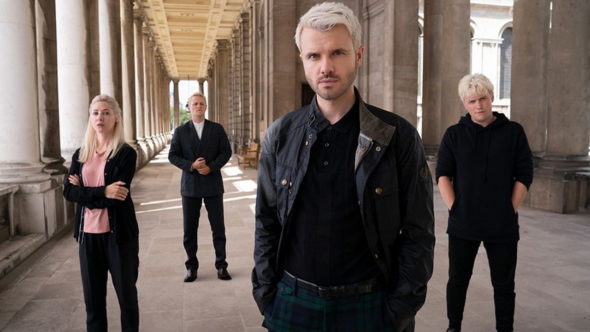 Myfanwy’s story has come to a close. According to TVLine, Starz has decided that there won’t be a second season of The Rook TV show.

A fantasy spy thriller based on the 2012 Daniel O’Malley novel, The Rook stars Emma Greenwell, Joely Richardson, Adrian Lester, Olivia Munn, Jon Fletcher, Ronan Raferty, Catherine Steadman, Gina McKee, Ruth Madeley, Eleanor Matsuura, Shelley Conn, Tamsin Topolski, Barry Atsma, Luke Roberts, James D’Arcy, Michael Karim, and Michael McElhatton. The supernatural series follows Myfanwy Thomas (Greenwell), who awakens in the rain at London’s Millennium Bridge, but has no memory and cannot explain the circle of corpses surrounding her. Myfanwy is a key member of Checquy, the last actually secret service in the UK, and it protects Extreme Variant Abilities (EVAs). As her own supernatural gifts emerge, Myfanwy must dig for the truth about herself.

The first season of The Rook averaged a 0.04 rating in the 18-49 demographic and 225,000 viewers. Compared to other Starz series, it was a middle-of-the-road performer in traditional ratings.

The eighth and final episode aired in August 2019.

What do you think? Did you like The Rook TV show? Would you have watched season two of this Starz series?

I would definitely watch a second series, shame

Incredible show! Wish there would be a Season 2

So bummer there’s no season 2! It was excellent! Love the quadruplets!

I thought it was a great show and def would watch a second season. I resubscribed specifically to finish the first season, but with no second season….